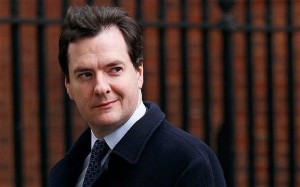 My reaction to the flurry of literature which sets out to prove how George Osborne is a terrible chancellor is mixed.

The reasons are obvious: we want to gloat and say ‘we told you so’, but it’s extremely dispiriting reading about the extent to which income inequality will colour the next 20 years with the knowledge that some politicians have the gall to call this situation part of a recovery.

In the late 1970s, with Conservative politicians relaxed about the accumulation of wealth, they were also comforting themselves with theories of poverty that helped them sleep at night: namely that poverty, when seen as absolute, can seldom be applied to Britons. After all, we’ve never had it so good.

Sir Keith Joseph, the ideological soulmate of Margaret Thatcher, and her first education secretary, argued that “by any absolute standard there is very little poverty in Britain today”. But while there are merits in measuring poverty against days and years past, another more applicable measure is how the prosperity of normal Britons has increased, or decreased, in line with the prosperity of the nation.

So while the nation is getting richer, why is it that we still read reports, like the one from the Fabian Society this week, which say that if we carry on the way we are headed over a million children will fall into poverty in the next five years? Why, if we’ve never had it so good, are we heading towards a situation where only the rich and the old are able to buy houses?

It is because while in absolute terms our expectations of what constitutes a decent standard of living is raised, whether we all meet that standard is another question entirely.

Stewart Lansley and Joanna Mack, looking at the data they’ve amassed over the years and documented in their new book, show that in our fight against poverty in an age of plenty we are going backwards.

But, the authors ask, why does this happen in an age of plenty? On a point of methodology, the public perception of what a good standard of living has grown. What we regard as a minimum standard has been raised, naturally, as the country becomes richer. The point, however, is that those standards haven’t kept up in the poorest households.

While George Osborne and Iain Duncan Smith have been happy to say in public that things like worklessness, addiction, or family breakdown are the main causes of poverty, this neglects the view that poor people have seen a continual decrease in their share of the national income.

Is this because of worklessness, as the chancellor and the over-moralising secretary of state for work and pensions have it? Why, then, in 1983 were just over a third of people in poverty in work, compared to 2012 when it was just over 60 per cent? Why are 39 per cent of people in full-time employment living below the poverty line?

While George Osborne blames worklessless as the main reason for poverty, the number of people who claim for housing benefit who are in work has more than doubled under his stewardship, from 478,000 people in 2009/10, to 962,000 in 2014.

But can the chancellor ignore facts like these because we are on the road to recovery?

Not according to another recent book by William Keegan, Mr Osborne’s Economic Experiment: Austerity 1945-51 and 2010, in which he argues that it was plain to see, by business people and economists alike, that “the need for ‘austerity” had a seriously dampening effect on Keynes’s famous “‘animal spirits'”.

In other words, the wait for the “confidence fairy” was in vain; businesses and the private sector did not fill the space because austerity would be reducing demand in the economy. As noted elsewhere, cutting too fast and too soon while there was a decline in real wages, resulting in disappointing tax receipts, meant austerity was bad for growth: an honest chancellor would have admitted so. Not Osborne.

But while this makes Osborne a bad chancellor, it doesn’t make him a bad right-wing ideologue: clearly his agenda, come what may, was to shrink the state – whether we suffered or not.

What makes him a poor chancellor is that from 2010/11 to 2014, expenditure on infrastructure was subject to severe cuts, waiting for the “great recovery”. At the same time borrowing costs for such projects were at an historic low, and taking advantage of this period to finance long-term capital projects would have made economic sense.

So remember in May: under George Osborne the poor got poorer, the rich richer and for all austerity is now lauded we suffered at least two wasted years.

6 Responses to “The coalition facilitated the rise of mass poverty”