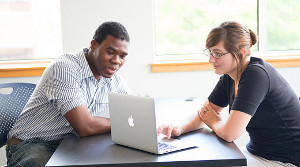 Local Enterprise Partnerships may not be the first thing people scan the forthcoming manifestos for or expect to see monopolise the TV debates, but they are about to play a pretty major role in our economy.

Introduced by the coalition in 2010, Chuka Umunna has pledged to keep them should Labour win power in two months time. From 2015/16 they will handle £2bn of additional central government money, and have a key role in determining where hundreds of millions of pounds of EU money is spent. In short, it is important they are got right.

To contribute to this I have authored a report – The Next LEPs – for the think tank Localis which sets out how LEPs may most profitably aid our economic recovery over the next parliament (and beyond). This is an especially interesting area when we consider that LEPs fulfil three of the major things that Labour are trying to do.

Firstly, LEP boards are made up of 50 per cent public and 50 per cent private representation. They are in other words emblematic of the broad line Labour is trying to take on business and government working together in the national interest. If only strategically, it is important for the party to get its position right here. Labour’s pledge to devolve £30bn to a series of localised public-private partnerships is a pretty good rebuttal to the line that the party doesn’t like business, yet this money of course also needs to be well spent.

The report offers many suggestions in this regard, and increased transparency regarding the publication of accounts and minutes is a necessary precursor to any further devolution. As the Financial Times notes (£) of the report, cart must not be put before horse: ‘in return [for new powers] the LEPs must become more democratic and accountable.’

Secondly, LEPs are best placed to do the type of re-tooling of our economy Labour have talked about. In terms of skills, we need to get around the present bizarre misalignments that over-centralisation of budgets can bring. In 2010/11 the hair and beauty industry trained over 94,000 16-18 year olds for a job market then containing barely 18,000 vacancies. That same year the automotive sector saw only 37,000 newly trained people for a field containing almost 90,000 vacancies.

As I’ve written on these pages before, plugging local business into the conversation on such matters is much needed, and LEPs form a useful forum to do just that. If we want people in work paying tax receipts that fund public goods, we need to better align local supply and demand. LEPs can help deliver this.

And thirdly, and this is where it gets a little techy, there is an opportunity to embed responsible capitalism through what we term a ‘dual lock’ over local economic spend. Essentially, the fear from central government about giving councils too much power is that they lack commercial expertise (misleading as this often is).

Equally, the problem with handing down all power to LEPs is that they lack direct democratic accountability. A new way around this is to legislate for our proposed ‘dual lock’ – devolve power over elements of skills, transport, inward investment and infrastructure spend to top tier local authorities, and give sign off over the money to LEPs. This not only ensures money can be well spent, but forces co-operation between public and private spheres. It is a potentially neat solution to a presently intractable problem.

More broadly, the report suggests that by 2020 Labour should be looking to double its £6bn a year devolutionary pot – good a start as this is. This can be achieved by incentivising business rates pooling between councils, localising stamp duty on new build homes under £500,000, devolving funds to treble the number of University Technical Colleges, and passing down more transport funding as the Single Local Growth Fund swings into gear from 2015/16.

All this would not be done from day one, but over the course of the parliament. Devolution may be asymmetrical, but all localities can be taking steps along that road.

And so if Labour have often been accused in this parliament of fudging on the details, here at least are some solutions. People may well quibble with this or that provision in this analysis, but if it stimulates those drawing together the plans (in all parties, actually) for any new administration on 8 May, it will have served its purpose. Suitably reconfigured, LEPs can have a major role to play in delivering growth across our country.

Richard Carr is a lecturer at Anglia Ruskin University, and a contributing editor to Left Foot Forward. He has authored the report The Next LEPs for Localis, published this week