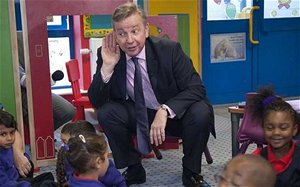 The Tories’ decision to make free schools a flagship election policy is a little surprising. Free schools have rarely been in the news for good reasons with catastrophic failures such as those in the Al-Madinah and Discovery free schools receiving significant media coverage, along with the spiralling cost of the programme.

There is also no evidence base to support the planned extension of the programme. The only way that Cameron can make the case for his policy is by abusing statistics, as he did in his speech last week:

“What [free schools] have achieved is, frankly, remarkable. They’re more likely to be good or outstanding. In fact, free schools are twice as likely to be judged ‘outstanding’ as other schools inspected at the same time.”

It is just not true that free schools are twice as likely to be judged outstanding as other schools.

When comparing Ofsted inspection results we need to be mindful that inspection frameworks have changed several times in recent years, most recently in September 2012. However, the best way to make the comparison is still to look at the most recent inspection outcomes of all schools compared with those for free schools.

The most up-to-date statistics for free schools are slightly different to those in the report: counting the two schools that have been closed down as inadequate, 23 per cent of free schools have been judged to be outstanding, 48 per cent good, 22 per cent required improvement and eight per cent were inadequate.

So where is Cameron getting his figures from? The clue, I think, is in the line ‘free schools are twice as likely to be judged ‘outstanding’ as other schools inspected at the same time.’ The major problem with comparing any one school’s, or group of schools’, inspection results with other schools inspected that year – or in any similar time-frame – is that weaker schools are inspected more frequently than highly performing schools. The inspection results of weaker schools are therefore overrepresented and the results are not indicative of the national picture. As the Ofsted report states:

“The impact of risk assessment is that a smaller proportion of previously good schools are inspected than the proportion of good schools nationally. Certain types of school previously judged to be outstanding are exempt from inspection under regulations and will not be inspected unless Ofsted has concerns about them…Therefore, school inspections in the year are not representative of schools as a whole.”

Is this perhaps what Cameron was using as a comparison for free school inspection results? It would seem so, because it is hard to guess on what else he could base his statement that free schools are twice as likely to be judged outstanding as other schools.

What’s more, this is not the first time that the government has made this false and deceptive comparison.

The sample size of free schools is clearly small. However, it’s the only data we have and it is the data the government is using to justify its pledge to extend the free school programme (it has to rely solely on inspection results because free schools have not been around long enough to produce GCSE or Key Stage 2 results).

If we are to detect any trends in the data, it’s that free schools are more likely to be below the standard that we expect. This is perhaps not surprising given that they are frequently set up by groups that have little experience of running a school and are not subject to the same level of oversight as schools that fall within the remit of local authorities.

Supporters of free schools like to argue that they raise the standard of surrounding schools and that spending on free schools in areas with surplus places is therefore justified.  David Cameron said on 9 March:

“As Policy Exchange said this week, free schools don’t just raise the performance of their own pupils – they raise standards in surrounding schools in the area too.”

The problem for David Cameron and others is that there is no evidence for this. Even Policy Exchange’s own report does not support this conclusion, although that is how the authors of the report have spun (it’s worth noting that one of the authors has set up his own free school).

For a masterful takedown of Policy Exchange’s conclusions based on the think tank’s own data, see Henry Stewart’s piece for the Local Schools Network. Stewart points out that while Policy Exchange finds that in the lowest performing 25 per cent of primary schools those closest to a free school improve at a faster rate than similar schools nationally, primary schools in the other three quartiles closest to free schools do less well than similar schools nationally.

Let’s hope that if this policy comes up in the televised leadership debates that Cameron’s attempts to mislead the public about their children’s education are exposed.