This Budget was about small concessions for political gain, most of which were oversold 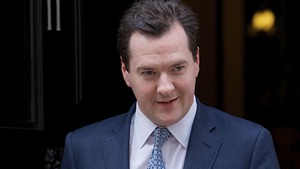 It is quite extraordinary that George Osborne, the so-called ultimate political animal, managed to deliver a pre-election Budget today that managed to make Norman Lamont’s similar effort in 1992 look like a masterstroke. Lamont helped give John Major an election victory. His reward was the sack. Osborne has done nothing to help Cameron’s chances. Maybe a P45 awaits him too.

For twenty-five minutes Osborne offered dodgy statistics, all designed to support his new chosen measure of deficit reduction, which is the deficit as a proportion of GDP. The only basis on which he could claim success in this area is the Office for Budget Responsibility’s belief that throughout the world the UK is the only economy where growth is likely to improve in coming years.

In itself that looks like a wild claim. We should set it in context. Every single OBR forecast on deficit reduction and most on growth have been wrong and in every case have been far too optimistic. The chance that this will be the case this time is remote in the extreme. Osborne’s macro-economics look to be wrong.

At a deeply micro-economic level this Budget was about small concessions for political gain, most of which were oversold.

So we had the abolition of a whole tax – class 2 national insurance, which is paid by the self-employed. That will save them about £100 a year. But he did not say how those same people will now ensure they get a credit for their pension each year if their earnings are low in future. The devil may be in the detail, but some already low earning people may be much worse off as a result of this move.

And the abolition of tax on the first £1,000 of savings income will, for the vast majority of people, save less than £100 a year in tax. But once more, the devil is in the detail. Banks will no longer withhold tax from payments of interest on UK bank accounts as a result of this. Remaining tax due will now have to be collected via tax returns and the chance that large amounts will not be collected increases dramatically as a result.

That will not be helped by perhaps the only real surprise move, which is the supposed abolition of the personal tax return for millions of UK taxpayers, many of them self-employed. What’s astonishing in this case is the profound implication of this move, which is no doubt motivated by the desire to cut thousands more staff from the ranks of HMRC employees.

In effect HMRC is going to use information it can gather from third party sources to assess people’s taxes in future, including (apparently) their self employed earnings. But, with many fewer staff at HMRC already planned and its already poor record at even getting rather more basis tasks, such as PAYE notices of coding, right the chance that many people will pay the right amount of tax as a result is minimal, or non-existent. Instead of closing the tax gap this plan risks it increasing, considerably. It is an act of recklessness that will cost us dear.

And as for ISA reforms – these are either designed to make these tax free slush funds or alternatively to continue to provide the support needed to keep house prices high – which is the last thing fist time buyers need.

So what’s behind the scenes? A few things are worth mentioning.

First the Google tax – a measure designed to undermine international efforts to beat tax abuse by companies such as that after which it nicknamed – is to happen, without any effective parliamentary scrutiny.  It can fairly be said that Osborne has now torpedoed Cameron’s 2013 call for international cooperation on this issue by taking unilateral action in the UK before that has any chance to happen.

Second, there’s a commitment to sell many more long dated UK gilts to lock in low interest rates. Tacitly, that was, of course, also an acknowledgment that deficits are really going to run for some time to come, even if the rhetoric denied it.

Third, there was no mention at all of how the savage cuts that will make the deficit reduction possible are to fall, barring confirmation that £12 billion will be on welfare.

Fourth, supposedly £5bn will be raised from tackling evasion and avoidance but without tax returns from millions of people and with the HMRC cuts already in progress that’s just plain fantasy.

And there was not a hint of how to fund the new investment in infrastructure that the UK so desperately needs and which is the only way in which growth can really happen given all that is happening elsewhere in the economy.

In other words, this was a budget that ducked issues, all round, and gave little or no clue as to what the Conservatives will have to offer after an election, which was a quite extraordinary omission.

So let me offer a final thought. Osborne trumpeted the fact that at the end of this parliament the richest are paying a higher proportion of income tax than ever before and the poorest a lower proportion than before. Of course they are. That’s because of growing inequality in the UK. And what Osborne offered was a Budget for those with money left over at the end of the month and ignored all those who struggle to make ends meet.

In that sense this was a deeply political Budget, and that is how it should be judged. And by that criterion it also failed. If by some remote chance Cameron is prime minister in mid May it won’t be due to Osborne’s efforts today. He’d be wise to note how Major rewarded Lamont and send Osborne the same way.

One Response to “If Cameron is prime minister again in May, it will be no thanks to Osborne”