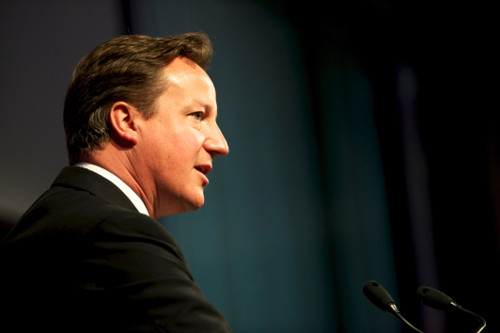 Last week, Ivan Massow, a potential Conservative candidate for the London mayoral election, made headlines by claiming that many gay men ‘don’t realise’ that they are secretly Tory.

Of course, he’s partially right in that gay men (and the wider LGBT community) are a diverse group that are unlikely to share a homogenous political outlook. However, over recent years, a far more insidious misconception has been popularised; one which presents the Conservative Party as a progressive and positive force for LGBT equality.

Much of this trend is undoubtedly due to the success of the Same-sex Marriage Act, credited as a sign of a changed Conservative Party. However, this unchecked praise feels somewhat misplaced. Not only did the Bill fail to provide complete equality (pension inheritance rights are fewer for same-sex couples), but it also contains aspects which discriminate against trans people.

Analysis of the legislation’s passage into law also reveals a rather different story to the narrative of a progressive, LGBT-friendly Conservative Party. The Conservatives were the only major party to go into the 2010 General Election without any policies on gay rights. Even after the election, the Party led a policy review on same-sex marriage, eventually deciding to keep the ban indefinitely.

It was only the threat of embarrassment from a 2011 legal challenge in the European Court of Human Rights that provoked David Cameron to change his stance on the issue. It doesn’t seem inconceivable, therefore, that the same-sex marriage legislation represented a move to avoid a clash with the EU (in light of a growing Eurosceptic threat), as much as any sincere support for equality.

Indeed, the government’s first announcements about the Bill were led by Liberal Democrat figures, minimising the extent to which Conservative politicians would be seen to ally with the campaign for LGBT equality. David Cameron even offered a free vote to his MPs, a decision which had revealing consequences; more Conservative MPs voted against the legislation than for it.

In fact, Cameron’s reluctance to fully endorse the Bill was exemplified when the results of the vote were read out in the House of Commons. While the Labour front bench cheered, Cameron merely nodded solemnly. The prime minister was even accused of ‘game-playing’ by his coalition partner, Nick Clegg. In fact, the entire process felt as if the legislation had been proposed by anyone other than the Conservative Party. After all, when considering the breakdown of how MPs voted, the Bill passed in spite of the Conservatives, not because of them.

Considering his history, it is perhaps to be expected for David Cameron to play such Machiavellian politics with gay rights issues. In 2003, he voted against the repeal of Section 28, something he only apologised for in 2009, well after public opinion on the issue had changed. Conveniently, this apology came less than 12 months before he was to fight his first General Election as party leader.

A car-crash interview with Gay Times magazine in 2010 further highlighted his inconsistency on LGBT issues. Rather than clarifying his views on the topic, he was forced to ask the journalist to stop recording the interview, in order to avoid further embarrassment. It’s clear that as party leader, Cameron felt that LGBT inequality didn’t necessitate consistent and coherent policy, as he seemingly dismissed LGBT issues as unworthy of his time or attention.

It would be unfair to respond to Cameron’s flippancy and indifference on matters of gay equality with accusations of homophobia. Rather, his approach suggests that he is lacking in integrity. His indecisiveness suggests that he fails to understand, or empathise with, the struggles that the LGBT community face. Yet, on such sensitive issues, indifference is not neutral. Failing to consistently and proudly speak out in favour of equality is to be complicit in discrimination itself.

Perhaps more worryingly, the Conservative Party not only endangers LGBT progress as a result of indifference, but many of its policies actively harm a disproportionate number of LGBT individuals. Take their stance on Sex and Relationship Education (SRE), for instance, where the Conservatives refuse to support Labour’s plans to make LGBT-inclusive SRE compulsory in schools.

This decision was made despite a cross-party inquiry from the Commons Education Committee recommending the exact policy last month. The report decried the ‘mismatch between the priority that ministers claim they give to PSHE and the steps taken to improve its delivery in schools’. More evidence of the Conservatives’ inconsistent attitude towards LGBT Sex and Relationship Education was provided late last year, when the Department of Education tweeted that it was ‘nonsense to say schools ‘must teach gay rights’. The scandal was followed up with much clarification, but nonetheless underlined the confused nature of Conservative policy in this area.

The claim that the gay community should vote for the Conservatives seems even more ridiculous when considering how the extent to which their austerity measures disproportionately affect LGBT individuals. Consider the plans to cut housing benefit for those between the ages of 18-25. LGBT people, often faced with hostile family environments or parental rejection, make up around 25 per cent of the young homeless population. Indeed, the majority of these people state that their housing problem is directly related to their sexual orientation or gender identity. Conservative Party plans to remove the lifeline of housing benefit only darken this grim reality for the LGBT community.

Cuts to mental health services also impact the LGBT disproportionately hard. Lesbian, gay and bisexual people are more likely to suffer from mental illness, while research suggests that 48 per cent of trans people under the age of 26 have attempted suicide. Despite this, adolescent mental health services have felt harsh cuts within recent years, much to the concern of clinicians and campaigners alike.

In light of this evidence, it’s clear that David Cameron is not the progressive prime minister of LGBT equality that his supporters would like to make him out to be. He’s a shrewd politician whose noncommittal approach on gay marriage allowed him to ride a wave of popular support for LGBT equality, rather than leading the campaign. Meanwhile, his austerity measures involve withdrawing welfare provision from some of society’s most vulnerable LGBT individuals. Ivan Massow was wrong – there’s plenty of reasons why gay men don’t vote Tory.