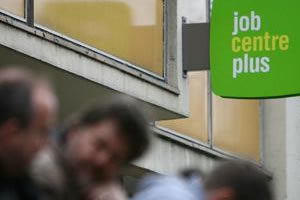 In the run up to the General Election, every few weeks Left Foot Forward will take a look back at the coalition’s record on a specific policy area. This week we focus on low pay, and each day we will feature a piece that looks back at the impact of coalition policies on in-work poverty over the past five years. The following is from Richard Exell, senior policy officer at the TUC

For many years governments have repeated the mantra that ‘work is the best route out of poverty’ and based their anti-poverty plans on schemes to get jobs for more people out of work. The government’s Child Poverty Strategy for instance, claims that tackling the ‘root causes’ means job creation, labour market programmes helping parents into employment and ‘making work pay’. It failed to mention the likely impact of cuts in benefits and tax credits.

There’s some justification for this: the risk of being poor is much higher in working families. In the government’s Households Below Average Income statistics, families that are workless because of unemployment are the only group where a majority live in relative poverty.

But unemployed families with no-one who has a job are quite a small minority in this country; fewer than four percent of the population live in a family like that. Most people in relative poverty live in other family types – 21 per cent live in households with a pensioner, 46 per cent live in working families and just 14 per cent in families that are workless because of unemployment.

And if we exclude pensioner families the figures are even starker: 58 per cent of working age people in relative poverty live in working families and a massive 63 per cent of children. And the fact is that it simply won’t be possible to deal with poverty only by relying on employment.

Last summer the Social Mobility and Child Poverty Commission published a report devoted to Understanding the parental employment scenarios necessary to meet the 2020 Child Poverty Targets. This report showed that achieving the Child Poverty Act targets for levels of child poverty in 2020 by increasing employment and earnings alone would require ‘an extreme (and implausible) increase in employment rates’ and an increase in hours worked that was almost as substantial.

What is more, if we look back at the substantial reduction in child poverty achieved by the last Labour government, although helping parents (especially lone parents) into employment played a role, most of this progress was due to the tax credits and above-inflation increases in Child Benefit and other benefits for children.

Of course, as a trade unionist I believe that decent pay and more jobs must play a role in defeating poverty. But, given the labour market as it stands (and is likely to stand for some time yet), decent in-work benefits must play a part too.

And at this point we have to face the damage that has been done by the past five years of benefit cuts and reforms. Last year the TUC commissioned Landman Economics to look at just who has been hit by those cuts.

Our report based on that research, Benefit Cuts by Household Type, found that three-quarters of all welfare cuts to people of working age will hit working families. Annual cuts to key benefits will take £17.9bn a year from working families by 2016/17.

Working families with children stand to lose the most – £11.7bn a year. Benefit cuts on this scale, mainly affecting low-paid working families, mean that the claim to have a strategy for dealing with poverty that is based on welfare-to-work is a fraud.