Tax avoidance can have a devestating social cost. We shouldn't be afraid of pointing that out 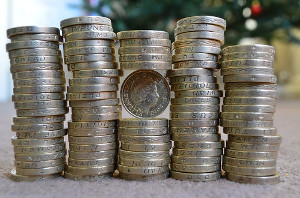 Apparently we would all be doing clever things with our money if only we had the cash to pay an affective accountant. As the U2 guitarist David Evans( aka ‘The Edge) once rhetorically asked (presumably during time-out from telling the Irish government to give more money to Africa): “Who doesn’t want to be tax-efficient?”.

Indeed, who wouldn’t want to be tax efficient?

The answer very much depends on what sort of society you want to live in. Were the question phrased more honestly – i.e. bearing some relation to what the consequences of being ‘tax efficient’ are – I suspect the answer would be rather different. After all, lessening your tax bill through financial acumen may be satisfying from a purely self-interested point of view, but depriving cancer patients of otherwise affordable medical treatment, or preventing a dementia sufferer from getting the care they require in old age – both of which are consequences of depleted treasury coffers – hardly cover a person with glory. To deploy the well-known phrase: taxes are what we pay for civilized society.

Despite the lurid tabloid headlines about an underclass milking the benefits system, tax avoidance is a far bigger social scourge than fraudulent benefit claims. Just 0.7 per cent – or £1.2bn – of total benefit expenditure in 2012/13 was overpaid due to fraud. This compares with £5bn a year that the government loses through tax avoidance. The rich are ‘running rings around HMRC’, according to chair of the Public Accounts Committee Margaret Hodge. Meanwhile the poor get splashed across the tabloids with headlines about them being ‘on the take’. We get angry about benefit claiments yet, for every £1 swallowed up by benefit fraud, £4 disappears through tax avoidance.

To put this into perspective, George Osborne’s first budget planned for cuts of £6.2 billion and public sector workers currently face a three per cent rise in their pension contributions to save the state just under two billion. A modern hospital costs in the region of £90 million whereas a state-of-the-art school costs around £10 million. Free school dinners for every primary school child in the country would cost an extra billion.

This isn’t to say that we should rely on the Government to tackle tax avoidance (and evasion). We ought to be able to leave it to them, but only Ed Miliband has so far demonstrated a willingness to do anything significant about the problem.

The problem is deeper than that, anyway. Politicians will only act if there is a genuine groundswell of public opinion that sees tax avoidance as a big issue. UK Uncut have done much to change things in recent years with a number of high profile campaigns aimed at firms and individuals that squirrel their money away overseas, but more needs to be done to link in the public mind the real cost of tax avoidance – the hospital closures, the children denied otherwise affordable cancer treatment, the pensioners freezing in their homes – with the supposedly amoral act of becoming ‘tax efficient’.

The law is the most important tool in tackling tax evasion, but the point about tax avoidance is that it often takes place within the law. The law must be tightened where possible, certainly, but a public shift in the way tax avoidance is viewed also needs to take place. Tax avoidance, either by companies or individuals, is as anti-social as drink driving, and like getting behind the wheel in a state of inebriation it can have devastating consequences. The left shouldn’t be shy in pointing that out.

18 Responses to “Comment: Within the law or not, tax avoidance should be socially unacceptable”