By rushing through the new rules, the government are missing an opportunity to create a more socially responsible procurement regime 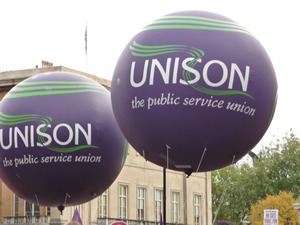 There is a saying that ‘only fools rush in’ and in the case of the coalition’s latest efforts to rush through new public procurement rules, a month before the General Election, this certainly rings true!

The Public Contracts Regulations 2015 were directly laid in parliament on 5 February with the majority of provisions coming into force just three weeks later on 26 February. This is unseemly haste.

Ever since a new EU Directive on public procurement contracts (rules regulating the outsourcing of public services) was passed in March 2014, the government has been determined to push though its ideological interpretation of the new EU rules with little effort to ensure a lengthy and considered consultation about the benefits of the new approach.

All member states have been given two years – until April 2016 – to transpose the Directive into national law. So why the rush in the UK? The new public contract regulations will affect all public procurement in England, Wales and Northern Ireland. However nearly all EU countries, including Scotland (which is responsible for its own devolved procurement legislation) are using the full two years to maximise the benefits.

This is to ensure that their new rules include all the new EU opportunities to introduce a new ‘quality’ based regime. For the first time it will potentially be possible to mandate that social, employment and environmental criteria have the same weight of consideration as cost or price when choosing and selecting a contract bid. This could be a powerful progressive tool for any public body.

Unfortunately for the UK these options have not been included by the coalition. This government’s version of the new rules is based on a deregulatory and minimalist approach, stripping back as much as possible of the progressive legislation that would lay the foundations for quality public services.

In our view the UK coalition government has completely failed to take the opportunity to introduce a new quality based public service commissioning regime to replace the existing lowest price tender regime which has damaged quality public services. The rush to not replace the existing lowest price tender regime, with a more progressive procurement regime will only cause problems for and further damage quality public services.

The rush to rollout these new rules will only send the message that it’s OK to continue with the ‘race to the bottom’. It represents a lost opportunity to send a clear signal of a much needed shift in UK public procurement to encourage public bodies and contractors to implement the Living Wage; fair employment practices; improve financial transparency; apply FOI to private contractors; adopt Corporate Social Responsibility; prevent serious breaches of employment law including blacklisting of trade unionists, non payment of employment tribunals, health and safety breaches and breaches of environmental and tax obligations.

The total amount of public procurement (goods and services) in the UK is worth approximately £240 billion, equivalent to 20 per centof the UKs GDP. This serious amount of tax payer’s money deserves serious public and political deliberation of how procurement contracts should be used when tendering out public services.

As the Council for the EU explained:

The current UK draft Public Contract Regulations does little to promote the use of these considerations. The EU Directive, in an attempt to ensure that these are considered in procurement contracts, has allowed allowing member states to mandate these considerations, but the UK government has failed to take up the mandatory option.

It’s clear that the government wants to rush its version of the new procurement rules through, before the General Election, because it cements its narrow obsession with the lowest price to its ideological commitment to privatisation, transferring more and more of our public services into the private sector.

UNISON is calling for a delay to the implementation of the regulations. The key reasons for such a delay are:

We have until 16 March to get the Commons or the Lords to annul these Regulations and allow a new incoming government to rewrite the Regulations in the spirit of the EU Directive. This will provide a new meaningful procurement framework that enables a more socially responsible procurement regime, rather than this current proposal which holds it back.