Unlike equalists, feminists do not want men to share their oppression 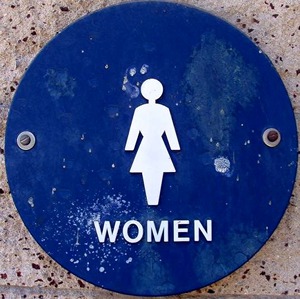 How many feminists believe they are working towards equality? How many men self-define as equalists over feminists? Equality is almost universally accepted as the definition of feminism. But the term equality has never been questioned.

I am a feminist and I do not strive for equality. I support liberation. The defenders of equality espouse moderate feminist principles: equal pay for equal work, equal opportunity with no special considerations i.e. positive discrimination, failure is down to the individual, and above all, women must embrace hierarchal work structures where the job always comes first. Equality takes the male status quo as the standard to which women aspire.

To be equal, women have to show they are strong enough to live up to men’s standards in a man’s world. Backers of equality cheer as women enlist in institutionally discriminatory police forces, join the military in invading other countries and committing war crimes, train for the roughest of men’s sports whether its dangerous and cruel horse racing, or life-threatening cage fighting.

Once women have joined male dominated areas of work, nobody asks why anybody regardless of gender would work in these repressive institutions. The crux of the matter is that men live and work in a brutal society, which is maintained through stratified social order based on ritual humiliation, gentleman’s clubs, fights, rites of passage, sexism, and banter.

When women enter the male realm whether law, politics, or a construction site, they find themselves in a repugnant world in which their only means of survival is by undergoing a fundamental transformation leaving them with little opportunity to make any change. We see this manifested in descriptions of women professionals as harsher than men. Assertive women are seen as aggressive bitches.

It is impossible to alter male spheres, which are resistant to outside interference, because women are a minority that could be cut out at anytime, and men have vested interests in preserving the status quo.

The Equality Act 2010, which replaced the Sex Discrimination Act 1975, was designed to give the false impression that women’s subjugation had been legally acknowledged. Political support was gathered because politicians knew no great changes would ensue. Equality legislation exists throughout Europe but nowhere is there equality.

The attitude of the legal profession to equality is best shown by the number of women Attorney Generals over the years: one women in contrast to 202 men. The Act is barely enforceable due to extortionate legal costs and severe costs to time. Of 89 per cent of women health care workers who experience sexual harassment, barely 1 per cent initiate legal actions because they know that regardless of whether they win or lose they will be branded a troublemaker and all hopes of a promotion will be dashed.

The Act is a handmaiden to equality as it strikes down attempts at positive discrimination. Equalists refuse to support positive discrimination; instead they believe in equal treatment and equal outcomes. Here, a contradiction emerges, equalists support 50: 50 men and women in institutions but women will not be recruited in large numbers because ‘equality’ laws have made quotas illegal.

Other unequal situations arise from the equalist debate. A right to maternity leave or an abortion is not an equal right, women are requesting discrimination because of their gendered differences. A woman will never be equal to a man because she can never be the same, and gendered distinctiveness is not valued by equalists.

The equality and difference argument is banal. Equality would be cruel to men if they were treated equal to women: men’s genitals would be sliced up, annual rape of men would increase from 9,000 to 69,000, male prostitution would soar, men’s penises would be sprawled across page 3, men would stroll down the catwalk with their penises hanging out, and the Labour Party would roll out pink vans to attract women voters and blue vans to entice male voters.

Unlike equalists, feminists do not want men to share their oppression.

The equalist debate is one way of preserving patriarchy, whereas feminism seeks to give power to women on their own terms – not mens. This is why I am a feminist, not an equalist. Equality is harmful to women and most men, as they are required to replicate behaviours that are degrading and dehumanising. Once women buy into the masculine terms of society, our civilization will become crueler than ever expected.

Men hold the balance of power. Power is granted in the wrong ways, and used for the wrong ends. Change can come about by redefining and redistributing power, breaking down hierarchal structures, and reevaluating the criteria designed by men.

*This piece was inspired by two of the greatest feminist thinkers of our time, Germaine Greer and Catherine MacKinnon