Race inequality persists at every level of the higher education system, according to equality trust 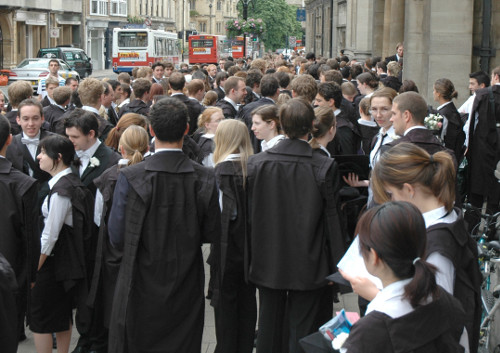 A report by UK race equality charity the Runnymede Trust has found that BME students still face significant disadvantages in the world of higher education.

One of the contributors to the report Andrew Pilkington, professor of Sociology at Northampton University, describes how, for the last decade or so, ‘the primary concern of widening participation strategies was social class’.

This means that the needs of BME students have often been overlooked by policymakers and certain issues neglected, in particular the fact that BME students continue to be under-represented in more prestigious institutions.

The report finds that:

The report is extremely critical of Oxbridge, which it says ‘remains the equivalent of ‘a finishing school’ for the private school system, polishing, refining and accentuating the elitism and sense of superiority acquired in earlier schooling.’ This puts both BME and White working class students at a disadvantage.

One Black student interviewed described the dilemma she faced when choosing a university; she felt that the places with lots of Black students ‘aren’t seen as so good’, yet was nervous about applying to a different type of university (implicitly Oxbridge) for fear of standing out.

In a foreword to the study, Labour MP David Lammy points out that:

“Given lower admissions rates, degree attainment and employability, BME people will increasingly ask whether or not they are getting equal value for the £9,000 in tuition fees now charged for many courses.”

Nobody should have to choose between get the best education available to them and feeling socially accepted at an institution. The worry is that if things don’t change, an increasing number of young BME people will choose neither.

7 Responses to “UK study finds that 92.4 per cent of university professors are white”