It’s not just patients but nurses, doctors, midwives and paramedics who are suffering from the government’s NHS mismanagement 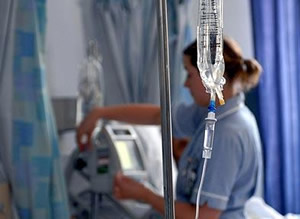 In the run up to the General Election, every few weeks Left Foot Forward will take a look back at the coalition’s record on a specific policy area. This week we focus on the NHS, and each day we will feature a piece that looks back at the impact of coalition policies on the health service over the past five years. The following is from Dr Onkar Sahota, Labour’s London Assembly Health spokesperson

With the NHS running just to keep still, it’s the human infrastructure; nurses, doctors, midwives and paramedics who feel the pressures most.

Nurses, paramedics and doctors work flat-out to support, run and maintain our NHS. They heroically deal with anyone and everyone, from our elderly who need care, to victims of accident and attacks, from mental health issues to child birth – all are seen, all are treated and all are cared for.

Often nurses will go a 12-hour shift without a break only to stay an extra half an hour, because the shift handover on a busy ward takes time to do properly.

This ‘good will’ keeps the NHS running and is why the Royal College of Nursing have launched their “What If” campaign to highlight the regularly unrecognised and unrewarded excess hours and extra work that nurses and other health care professionals do.

The RCN has calculated that on average nurses work an extra 3.7 hours a week over their contracted time. That’s not far off a month of unpaid work every year.

This is why the way all health professionals, but especially nurses, midwives and paramedics, have been treated over the last pay deal is a disgrace. Nurses do not take the decision to strike easily. They care deeply for their patients and understand how important they are to the health and wellbeing of the country. Midwives had never gone on strike – never in their history – until last year when they felt they had no choice but to take action.

After months of posturing, the secretary of state for Health Jeremy Hunt last week caved on his position that NHS staff would see yet another year of real term pay cuts. It was only because of wide scale action from organisations like the RCN and the threat of further strike action from other unions that the government changed its position. The government was desperate to avoid bad press when the NHS is under pressure and the election is only three months away.

It is worth remembering what the nurses, midwives and other health professionals were asking for. A one per cent pay rise – as recommended by an independent pay review body – after five years of pay freezes which saw their real terms pay cut year on year.

Of course, none of this considers the ‘emotional labour’ involved when working in the health sector, often dealing with death or tragedy. There is more than medicine required when ‘caring’ for patients. This hard ‘emotional labour’ is part of the job but should not be ignored. It is what attracts many to the nursing profession – it’s certainly not the money!

After five years of no pay rises, working ever harder to support a flailing health system, after working extra hours in good will and investing emotional labour into every patient, it’s not hard to understand why the Royal College of Nursing is launching today’s campaign to promote the role and contribution of nurses who seem to be getting a raw deal under this government.

We can learn a lot about the government’s approach to health care and the NHS from this appalling episode. They imposed a chaotic and unnecessary £3billion restructuring, not considering the opinion of the health professionals who form the backbone of the NHS. Now they have refused until the 11th hour to offer a one per cent pay rise to people who provide the most vital of services and have done so without a pay rise for five years.

Undervaluing the opinion and work of our nurses, midwives and paramedics and demanding more for less is not the way a compassionate government would do business; alas it is what we have seen over the course of this parliament.

The NHS has been operating on good will for the last five years. We never heard nurses or the health professional complain about it – now after the disastrous £3billion restructure, the protracted industrial dispute over a limited one per cent pay rise, and spiraling demands on the system caused by social care cuts, the good will is in danger of running out.

Dr Onkar Sahota AM is Labour’s London Assembly Health spokesperson as well as a practicing GP in West London and Chairman of the Assembly Health Committee. Follow him on Twitter