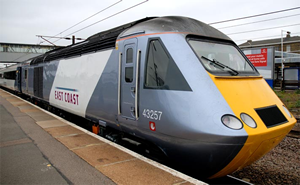 A new passenger survey has today revealed the shocking level of dissatisfaction with the UK’s train services.

Seven services scored ratings of less than 50 per cent in a poll by Which?, with Thameslink & Great Northern in the bottom slot with a satisfaction rate of just 43 per cent. Customers said almost everything about this service was poor, including value for money, punctuality and cleanliness. 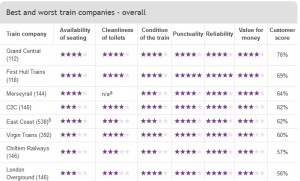 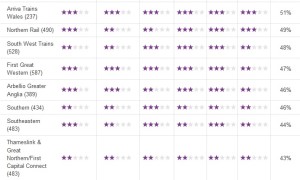 Topping the survey were two small train services, Grand Central and First Hull Train, scoring 76 and 69 per cent respectively. Both run only a handful of services between London and the north, but passengers praised the cleanliness, friendly staff and the ease of getting a seat.

Delays were highlighted as the main problem with the services; Which? found that a quarter of all passengers were delayed when they last travelled by train, and one in 20 were delayed long enough to claim compensation from the train company. But three quarters of those who were delayed for more than an hour (who would have qualified for a full refund) were not told that they could claim compensation.

Commenting on the results of the survey as well as an ORR report into rail industry finances, Labour’s shadow transport minister Lilian Greenwood said:

“The forthcoming East Coast sell-off is set to be a terrible blunder that puts privatisation ahead of passengers’ and taxpayers’ best interests.

“The reports from both Which? and the Office of Rail Regulation underline the need for rail industry reform – reforms David Cameron’s government have been unwilling to consider at a time when fares are up by more than 20 per cent since 2010.

“East Coast had better passenger satisfaction than any long-distance franchise. This is a service that the government rushed to privatise without even allowing the publicly owned British operator to bid for the route. Labour will end the bias against the public sector and institute a new body for running the railway which will have a strong voice for passengers at its heart.”