Emergency services are buckling under the pressure of cuts, and Londoners are starting to feel unsafe 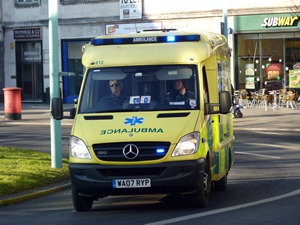 A report I published yesterday, Emergency Services: Casualty of Cuts? found that a staggering 57 per cent of Londoners feel ‘fairly’ or ‘very unconfident’ that our emergency services are coping under the pressure of swingeing cuts and ever-increasing demand. Worryingly, only 18 per cent of almost 1,500 Londoners surveyed for my report could say they were ‘fairly’ or ‘very confident’ that services were coping.

Take a moment to consider the impact of cuts and increasing demand on individual emergency services and you’ll understand why Londoners are right to be concerned. With the closure of 65 police stations, 10 fire stations and four A&E departments, emergency services have already been forced to make deep savings which are clearly having a frontline affect. Already buckling under the strain, with many struggling to hit their targets, emergency services must be given urgent access to adequate government funding if they are to avoid reaching crisis point.

The risk of frontline emergency services becoming the casualties of cuts is serious, and the ramifications if they do are deadly. You need look only so far as the unhealthy state of London’s ambulance service which, whilst providing a lifeline for the capital’s sick, is sliding ever-closer to an emergency of its own. No matter how hard staff work, without adequate resources the service will suffer.

Ambulance response times have jumped significantly in recent months. In March 2014 81 per cent of ambulance call outs in London hit the government’s eight minute response target; by December this had plummeted to just 48 per cent. This disparity could mean the difference between life and death.

Fire service response times have increased in over half of the capital’s wards following the closure of 10 fire stations, the removal of 14 fire engines and the axing of 552 staff.

And proving that no service has emerged unscathed, the police force has been left to operate with 5,133 fewer uniformed officers in London’s boroughs since 2010, despite a deeply concerning rise in violent crime. Half of Londoners now say that the Met do not have a visible presence in their local area, making it clear that people are feeling the effects of the reduction in neighbourhood policing capacity. As one woman from Brent, replying to my survey, said: “we don’t see PCSOs or police locally anymore, it feels less safe.”

We need government to recognise that blue light services cannot become the casualties of cuts, and they must come to that realisation quickly. Only last week reports emerged that our capital’s population had reached a record 8.6m, and with it set to grow further in coming years, it has never been more timely or necessary that our emergency services are given the funding they need to meet rapidly rising demands. Instead what we actually see is the police service threatened with another £800m in cuts over coming years.

It’s also about time our mayor stopped dodging responsibility for this issue and started listening to the majority of Londoners who say they are not confident our emergency services are coping.

There’s little doubt Boris will be mustering all the charm he has to win over America’s political and business elites during his six day ‘trade mission’ to the US east coast this week. But with growing concerns that London’s emergency services are reaching crisis point, the mayor may need to reserve some of that charm for his parliamentary colleagues, who he should be badgering to stump up the cash necessary to protect our vital services.