Trials of the scheme have been very limited, and we should proceed with caution 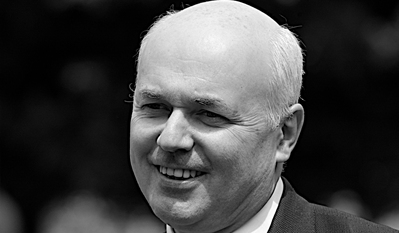 Today sees the initial ‘phasing-in’ of Universal Credit across England, Scotland, and Wales – the centrepiece of this government’s welfare reforms, and the pet project of former Tory leader and current secretary of state for work and pensions Iain Duncan Smith.

Good timing, some will say, as yesterday saw the publication of an evaluation of Universal Credit early pilots which brought positive news for IDS: new UC claimants for July 2013 – April 2014 were five percentage points more likely to be in work in the four months after their claim start compared to the control group.

This is the ultimate goal of the changes to welfare and the introduction to Universal Credit: more people in work, and an easier route into work from benefits. It would seem that the coalition was right to support the changes, in spite of the teething problems and harsh reports from the Public Accounts Committee on its associated costs.

Certainly IDS has taken the results of the evaluation well: yesterday he took the opportunity to speak on the Andrew Marr Show to accuse Labour of being the party of ‘welfare dependency’, and held nothing back in lambasting Ed Miliband’s ‘inability to make decisions’.

Right of centre newspapers and commentators have become very excited all of a sudden, as well. The Telegraph pointed out that the analysis, ‘conducted by the civil service but peer reviewed by a leading think tank, reveals the reforms appear to be working’.

Matthew d’Ancona, formerly of the Sunday Telegraph, took the opportunity in his weekly Guardian column yesterday to say:

“The former leader was once seen as a problem. Thanks to universal credit, he could be his party’s trump card.”

There is just one slight problem: the evaluation, though the most comprehensive to date of Universal Credit, has only limited value when it comes to seeing the impact of Universal Credit when it is rolled out nationally (starting today, and then offered in some way by all job centres in Britain by the spring of 2016).

On page 98 of the evaluation, a response is given by Rebecca Riley from the National Institute of Economic and Social Research (NIESR). The NIESR were given the opportunity to respond to the evaluation before publication, and their response makes up one of the annexes to the document, with a further response by the DWP.

One of the conclusions they make to the early evaluation is the following:

“There are several reasons why the employment impacts in this report might not be representative of the employment impacts of UC: the impact estimates concern the early stages of UC, for a particular group of claimants, in a confined set of offices, concern in-flows to work only, and do not take into account wider effects (which are impossible to gauge at this early stage). This is not a criticism of the analysis presented here, but is simply to be borne in mind when interpreting the estimates.” (my emphasis)

I myself carried out some research for the TUC early last year on the impact that Universal Credit will have on hardship and whether people would be better off than they had been on legacy benefits.

I spoke to CAB managers from Oldham, Wigan, and Warrington, and they all had very similar assessments of the way Universal Credit was being piloted: it only includes the simplest cases, a relatively small sample of people who might be the most uncomplicated clients to deal with.

One CAB adviser from a pilot area told me that a lot of people who had been trialled on Universal Credit were students who had moved back home while looking for a job, so didn’t require housing benefit. There was little emphasis on trialling Universal Credit with the hardest and most complicated cases – which is troubling because in order to stress-test an initiative like Universal Credit, looking at tougher cases should be vital.

One of the most worrying things I found when researching the Universal Credit pilot areas was the level of hardship anticipated in the changes to welfare. A previous evaluation in November 2013 of the pilots by the DWP itself found that Universal Credit claimants were more likely to obtain ‘funds in addition to their benefit’, with 34 per cent doing so, compared with 19 per cent of JSA claimants in one survey, 26 per cent in another.

For ‘funds in addition to their benefit’, read: debt!

Which leads to the other problem with this latest evaluation: it doesn’t survey claimants like previous evaluations. We don’t get any feel for whether people are better off, or feel better off, under Universal Credit. We don’t get an idea for how much debt claimants have to take on as a consequence of the migration from JSA to UC.

In sum I echo NIESR’s conclusive remarks in the evaluation (repeated and accepted by the DWP on pg.100 of the evaluation) that I’m not so much criticising the DWP here, but simply saying that we should not regard it as case-closed that Universal Credit will be a success. Because of the structure of the early pilots, we are far from certain.

But one thing is for sure: Iain Duncan Smith should hold fire in assuming he is vindicated over Universal Credit.

6 Responses to “Iain Duncan Smith: still not vindicated over Universal Credit (though he thinks he is)”