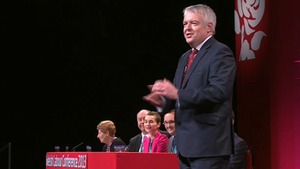 The Welsh Labour Party will today begin its annual conference in Swansea, no doubt hoping this will be the last where it is the only part of the Labour movement in government.

It will do so against the backdrop of a pledge to speak to half a million voters across Wales in the run up to polling day.

“We cannot outspend the Tories in this election but we will out organise them,” a party spokesperson has said, claiming to have more activists than in 2010.

But with just months to go until polling day, what contribution is the Welsh party likely to be making to Ed Miliband’s quest for the keys to Number 10?

In 2010 Labour saw its share of the vote fall by 6.5 per cent compared to 2005. Having scooped just over 36 per cent of the votes cast, it lost four seats with the Conservatives gaining five seats in Wales to bring their total to eight. By historical standards it was a tough night for Labour in what was once seen as its heartland area, having lost almost 20 per cent of votes since the 55 per cent of the vote share it secured in Wales in 1997.

By 2011, however, things were looking up. Faced with a government in Westminster engaged in slash and burn economics, Labour set itself free from coalition with Plaid Cymru, seizing exactly half of the seats that were up for grabs in the Assembly.

On the constituency vote its vote share had increased by over 10 per cent, whilst on the regional list it was up over 7 per cent – things were looking up.

And then came the European elections in 2014. On the face of it, increasing its share of the vote by almost 8 per cent compared to the previous euro elections was a good result. However factor in that UKIP came within less than 1 percentage point of topping the poll and the embarrassment felt in Wales was palpable. To say it was a shock would be an understatement.

Against such a turbulent period, then, what can Welsh Labour expect in May?

Given the way the Conservatives have so ruthlessly criticised the Welsh government’s handling of the NHS, one would be forgiven for thinking that Labour should be on slide.

But in January ICM published polling, commissioned by the BBC, which put Labour in Wales on 38 per cent, up 2 percentage points on the party’s performance in 2010.

Replicated nationwide, this would hand Labour Cardiff Central from the Lib Dems and Cardiff North from the Conservatives.

However welcome the gains would be, the question still arises as to why Labour isn’t doing better.

True, its problems are as nothing compared with Labour in Scotland. But if Ed Miliband wants to make it to Downing Street he’s probably going to need to do a whole lot better in Wales.

As Roger Scully, Professor of Political Science at Cardiff University, has observed:

“Labour is now approaching the campaign with significantly lowered expectations. A year ago, Wales could have been expected to provide more than its share of Labour seat gains: if Ed Miliband was to fall short of a majority, it would not be the fault of the Welsh party. Now things look much less promising.

“There remains no strong single challenger to Labour in Wales – unlike their Scottish counterparts, Welsh Labour have been, and thus far largely remain, lucky in their opponents. But they may not go on being lucky for ever.”