Why did the PM miss so many opportunities to act on the allegations against the banking giant? 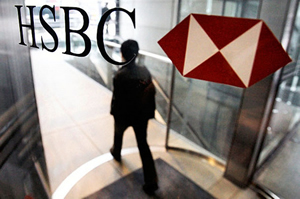 The full scale of HSBC’s tax abuses has come to light today, with leaked files suggesting that malpractice at the Swiss subsidiary has helped wealthy clients evade and avoid hundreds of millions of pounds worth of taxes.

The documents were originally obtained in late 2007 by one of HSBC’s employees Hervé Falciani, who blew the whistle on the banking giant. Falciani, who was indicted by Switzerland in 2014 for industrial espionage, said that HSBC had ‘created a system for making themselves rich at the expense of society, by assisting in tax evasion and money laundering’.

Indeed, the gravity of HSBC’s alleged misconduct has been known for years, including to the British government. It is for this reason that David Cameron has some serious questions to answer today. We need to ask the prime minister:

1. In 2010, the government was handed information about the malpractice at HSBC. Why did you take no action?

In 2010 the French authorities used data provided by Falciani to prepare lists of leaked accounts to pass to tax authorities in relevant countries. The ‘Lagarde list’, as it became known, led to arrests in Greece, Spain, the US, Belgium and Argentina.

HMRC received a list with the names of more than 1,000 individuals believed to be evading tax. Only one of these people was prosecuted. Richard Brooks, a former HMRC tax inspector and BBC reporter, has said that the Treasury and HMRC ‘knew that there was a mass of evidence of tax evasion at the heart of HSBC’ but ‘simply washed their hands of it’.

2. In 2010 you appointed Stephen Green, former chairman of HSBC, as a minister in your government. Did you ask him about his involvement in the misconduct, of which you must have been aware at the time?

Stephen Green had presided over HSBC at the time of the controversy, and in 2010 was appointed minister of state for Trade and Investment and made a Tory peer. His responsibilities were extensive and included speaking for the government on trade and investment issues, coordinating European business and developing cross-government strategies.

In light of this it seems astonishing that nobody thought to question him about his involvement in practices such as marketing tax-avoidance strategies to wealthy clients. Prior to his appointment, Green had gone on a trade mission to India with David Cameron where they reportedly discussed his recruitment.

On the Today programme this morning (9 February 2015), Treasury minister David Gauke said he did not know whether anybody had questioned Green about his knowledge of the malpractice:

3. Do you believe now that Stephen Green was aware of what was going on at HSBC at the time of his chairmanship?

The chair of the Public Accounts Committee Margaret Hodge pointed out this morning on the Today programme that either Green didn’t know about the malpractice and was therefore ‘asleep at the wheel’, or he did know and was therefore colluding with ‘dodgy tax practices’.

Which does the prime minister now believe to be true? Does he accept that in either case he did not hire the best candidate for the position?

As reported by The Guardian today, the malpractice includes: providing accounts to international criminals; allowing clients to withdraw ‘bricks’ of cash in foreign currencies; aggressively’ marketing  European tax avoidance schemes; and colluding with clients to conceal undeclared accounts from their domestic tax authorities.

4. How will you respond to the latest allegations about HSBC?

It is the opinion of Margaret Hodge that ‘we are never assertive enough, aggressive enough, determined enough to actually protect the taxpayer’. HSBC has been colluding with extremely wealthy individuals who do not want to pay the taxes that the HMRC requires them to. With a persistent deficit, the government needs to take assertive steps towards protecting the interests of ordinary taxpayers against the greed of the super-rich.

Will David Cameron and George Osborne take these steps, including making appropriate prosecutions?