Coordinated action is needed to keep our NHS public 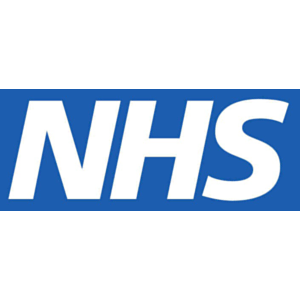 The NHS has been called many things by detractors and supporters alike. Everything from an outdated public sector monolith in need of reform, to a piece of socialism in capitalism.

In reality the NHS is a democratic right, an institution that people came back from World War Two demanding be built to safeguard themselves, their families and future generations.

New Labour reforms under the ‘NHS Plan’ created the PFI crisis in hospitals and enshrined the market into the NHS, starting the rot.

However the last five years of a Tory government and their ‘reforms’ have put the NHS on life support.

Under the Health and Social Care Act introduced in 2012, all NHS services can be taken over by the private sector, whose first priority has to be profit, not patient care.

Between April 2013 and August 2014, 3,494 contracts to provide NHS clinical services were put out to tender. 33 per cent went to private companies like Virgin and Serco. Even weapons manufacturers like Lockheed Martin are interested in running the NHS.

Private companies target the most profitable services, leaving the NHS to provide the more costly services, such as A&E.

The pressures on our health system hit crisis point over Christmas with eight hospitals declaring emergency measures, refusing to admit people to A+E unless their conditions were life threatening.

For some reason much of the mass media decided to become an unquestioning speaker system for the government’s PR department, citing people living longer and the time of year as the reason for the crisis.

Very little was mentioned about the closure of walk in clinics, increased pressure on GP surgeries and cuts in hospital beds.

According to NHS campaigner Dr John Lister, the NHS has lost 5,000 beds (5.6 per cent) since 2010, along with more than 1500 out of 23,000 mental health beds. Average take up rates are all above the target of 85 per cent, and local hospitals are often way above this average.

Britain now has the dubious honour of having the second lowest bed numbers in Europe.

The average spending on the NHS is only nine percent of GDP, two percent short of the European average.

However away from the stats, it is the recent example of the Hinchingbrooke Hospital debacle that has brought the government’s NHS plans into question.

Taken over in 2012 by a private company, Circle, the government hoped it would be the model for other NHS facilities to follow suit.

Despite assuring the ‘financial viability’ of the facility, the deal collapsed when Circle pulled out earlier this year.

No doubt the government will try again if they have a majority at the upcoming general election, and may even look to privatise the service outright.

Current legislation under the HSCA allows for every NHS service to be put out to competitive tender, without the NHS being the preferred provider.

The basis is already there for privatisation, aided and abetted by the Transatlantic Trade and Investment Partnership (TTIP).

This is why Keep Our NHS Public supports the Reinstatement Bill 2015 – a campaign that would secure the NHS as publicly owned and controlled, and accountable to the electorate.

Although Labour’s plans would not undo all of the privatisation of the NHS, they would certainly slow it down and give time for people to catch their breath.

What is really needed is for a coming together of the NHS campaign groups, including Keep Our NHS Public, in a coordinated national campaign, culminating in a display of peaceful civil disobedience and direct action in defence of our NHS before May 7th.

This show of strength would be building on the successful demonstration last year by the Darlo Mums who marched with thousands of others along the ‘Jarrow March’ route for the NHS.

Politicians of all colours respond to pressure and a united force from across the political spectrum organised to show how much the NHS means to them and their families would send the message loud and clear: the NHS is NOT for sale.

John Millington is Keep Our NHS Public press and campaigns officer. He writes this in a personal capacity.

12 Responses to “Five years of Tory rule have brought the NHS to the brink of extinction. So what can we do?”