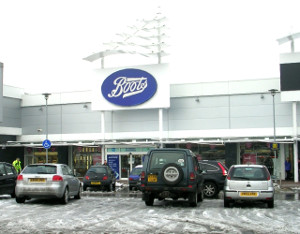 Funnily enough, it was Boris Johnson who inadvertently had one of the most sensible things to say about Boots Chief Executive Stefano Pessina’s attack on Ed Miliband. By refusing to pay tax in Britain, Pessina is – according to Johnson – ‘doing his best by his shareholders and the interests of the company… These guys, I’m afraid, have a fiduciary duty to their shareholders to minimise their obligations.’

There’s a lot of academic debate around whether or not company directors really are required by law to avoid tax and pay poverty wages in order to maximise returns to shareholders. But he is more or less correct to say that executives are strongly encouraged/ compelled to prioritise the interests of their shareholders above those of their employees or wider society.

This relates to Signor Pessina’s comments on Ed Miliband. As with tax avoidance, his attempt to influence the democratic process is borne out of the intention to achieve the maximum possible returns to the shareholders of the Walgreens Boots Alliance corporation based in Chicago, USA. Possibly, it also reflects his personal financial interest. He would be only human if so.

Unfortunately, the interests of US-based corporations and billionaire tax exiles do not necessarily align with those of the UK as a whole. In fact they may well be in direct conflict. Big businesses and their executives could all rake in more money if, for example, they were free to pay lower wages, dodge tax and increase pollution.

Of course they’ll say that lower pay, lower tax revenue and more pollution are good for the country – ‘competitive’ is usually the favoured adjective – and that their interventions are motivated purely by altruism. But this is a much more contestable notion than the fact that such conditions tend to facilitate the growth of their own personal fortunes.

This is one qualifier that should accompany every utterance made by a major business leader on the subject of the coming general election. The other is to ask whether or not they really know what they’re talking about.

While managing a large and complex corporation undoubtedly provides some insights relevant to running a government, most of the people that do so are extremely wealthy, many having enjoyed considerable advantages since birth. They perhaps lack experience of many of the problems that government is supposed to address – particularly since they usually share Boris Johnson’s view that they are not employed to solve society’s problems but to make as much money as possible for their shareholders

Furthermore, fawning over the wisdom of business executives surely feels a bit pre-2007.

One of the most important lessons from events such as the financial crisis, the repeated cases of mis-selling and market manipulation in the banking sector, the uproar around tax avoidance at a whole host of different companies, the BP oil spill, the horsemeat-related supply chain problems at various supermarkets, the zero hours contracts controversies, the accounting anomalies at Tesco, the phone-hacking affair, the energy market cartel, or any of the other scandals inflicted on British businesses in recent years is that the integrity of big corporations leaves much to be desired. Their leaders are fallible individuals who are not always in total control of the organisations they run. Some get away with it, some don’t.

But the media’s hero-worship of so-called ‘wealth creators’ is misguided. Context, opportunity and the collective efforts, sometimes of thousands of people, are critical to the process of wealth creation, not the god-like genius of a handful of individuals.

Of course in a democracy, every interest group is entitled to have its say and its opinions should be heard. But big business should not be elevated to a platform above all others. We should always be conscious of the conflicts of interests; the limited life perspectives; and the extent to which even the most successful individuals owe their prominence to luck, when business leaders lecture us about what is best for the country.