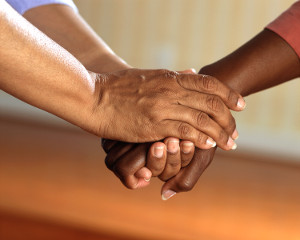 As I write this in a London café I can hear the most excruciating conversation: one very well-to-do sounding gentleman to another discusses the events of 8 January in Paris.

“Of course terrorism”, he tells his friend, “could be carried out by anyone: those acts of terror could just as easily have been by a white man”.

While of course true, it doesn’t help anyone to avoid the fact that our current problem with terrorism rests almost solely with political Islam.

Does this mean Rupert Murdoch is right to say Muslims must be held responsible? Absolutely not. Should Murdoch shoulder the guilt of all deaths at the hands of Christians? No, of course he shouldn’t.

But is it case-closed just to say any person of any faith could have carried out the attacks in Paris and, for that matter, the ones in Australia recently, the beheadings of journalists and aid workers and other events of the very recent past that stick in the mind?

I came to think through these questions recently when reading a new book called Women Against Fundamentalism: Stories of Dissent and Solidarity, edited by Sukhwant Dhaliwal and Nira Yuval-Davis, about a campaign group of the same name which began in 1989 after the Rushdie Affair.

Julia Bard, a member of Women Against Fundamentalism (WAF), reminisces about the group’s inception:

“I saw the real strength of WAF as its overarching analysis of fundamentalism in all religions. Up until then, we had always been very sensitive to the pressure to focus primarily on Islam, and we hadn’t allowed it to happen”. (p.164)

The WAF was absolutely correct to distance itself from the pressure to become primarily focused on Islam, given that the experiences of women under fundamentalism are not limited to one religion alone. On first principles our target should be any overarching system or ideology that restricts our self-determination.

That said, it would be dishonest not to pay special regard to the phenomena of Islamism and Jihadism. Whatever the editorial intentions it should not surprise anyone to find that throughout this book of testimonies by members of WAF, Islam is the religion discussed the most, while the fundamentalism that is addressed most frequently is Islamic.

Another chapter in the book that caught my eye was by Jane Lane, an advocate worker for racial equality in early years. Looking back at her time as a WAF member she recalls that: “I have Muslim friends who say that the abuse of Islam is like what I would feel like if my own father was abused.” (p.275)

This speaks quite obviously to the recent attacks on the Charlie Hebdo building, for what many would consider the trivial crime of depicting the Prophet Mohammed in an illustration for the front cover of a satirical magazine.

It has been noted many times that the publication satirised all religions, it was not limited to one. But the recent events and the subsequent debate around the freedom to offend and the sensitivities of believers has been predicated on one alone. So, we might ask, why are Muslims who take offence to this sort of thing quite so slow to the joke?

It’s certainly not, as some liberals might instinctively retort, to do with a lack of religious reformation within Islam because, as Ali Etaraz has previously said, that’s already happened:

“The Muslim equivalent of nailing the 95 theses … was the desecration of a graveyard and the stoning of a woman for adultery.”

For my money, it has a lot to do with the use of Islam by hubristic politically far right jihadists and their quieter sympathisers who lack the capacity for self-critique. And what’s worse is that supposed lefties writing in the mainstream press who ‘understand’ their plight (Seamus Milne, for example, near enough said that France had it coming).

And it’s actually in consideration of this that I like Charlie Hebdo, and have done so for years. It is not simply that I support free speech, but what I enjoy about those irreverent front covers is that they are a forcible reminder that we shouldn’t take ourselves too seriously.

As Charlie Hebdo staff have recently said in a press conference, the attackers ‘didn’t have a sense of humour’. Neither does anyone who says ‘Je Ne Suis Pas Charlie’ – but that shouldn’t kill satire.

Similarly, coming back to the book, what is so interesting about Women Against Fundamentalism is that all testimonies relate to wanting a space outside of the religious sphere. Such a space I believe is crucial to sticking two fingers up at political Islam, and other fundamentalisms.

But this is not an anti-religious book. Like the attackers in Paris, the people who WAF were rallying against were those who wished to refuse people a space outside of their religious dogma.

Worse still, as documented particularly by Gita Sahgal in her excellent chapter, is the error made by European ‘left-wing’ politicians who have felt the need to pigeonhole people into a certain race or religion and treat them accordingly under the banner of multiculturalism, which in turn gives rise to cultural relativism and the supposition that universal values are a myth.

What we take away from the book in actual fact is evidence that there is no ‘clash of civilisation’: free speech and human rights are universal principles and not a privilege of the enlightened west.

The religious right are a constant thorn in the side of this view, but sadly so, too, is the political left. Has it not been the most gut-wrenching thing to see European left-wingers absolve the Jihadi Kouachi brothers of their crimes, which by the way include ruthlessly killing progressives, socialists and communists, by blaming the Paris events on French foreign policy?

The secular spaces spoken of by the Women Against Fundamentalism show us the left still has something worth fighting for.

8 Responses to “Book Review: Women Against Fundamentalism: stories of dissent and solidarity”