If Wales were funded to the same level as Scotland, it would result in an additional £1.2 billion a year of investment 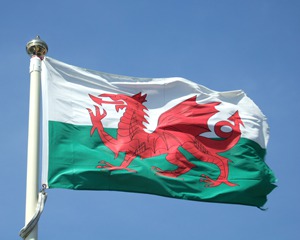 Few took seriously the prospect of a hung Parliament prior to the last UK election. But there is now increasing acceptance that that outcome will occur again after May.

That context makes this election, for once, one where the nations of the UK cannot be ignored and where the national parties will be crucial in shaping the priorities of the next government.

There is a growing excitement as people in all parts of Wales come to realise that Wales’ prospects can be in Wales’ hands after the next election – if we choose to take that opportunity.

If Plaid Cymru returns its biggest ever team of MPs to the Palace of Westminster we be in a crucial position. That means a once in a generation opportunity to rebalance power and wealth in these islands, end austerity and win political and fiscal parity with Scotland.

People were told at the beginning of this parliament that there was no choice for public finances; that cuts were essential, that by slashing public services we could balance the books and secure prosperity for all.

Nearly five years later and the British State’s debts are now over £1.4 trillion (and rising), the cherished triple-A credit rating has been lost, the UK is the most unequal state in the G7 and a deficit-based budget is here for the foreseeable future.

By its own measures, austerity has failed. It has been all pain but no gain.

The social costs of austerity, whether the proliferation of zero-hours contracts, the misery caused by the Bedroom Tax and the growing dependency on foodbanks are unacceptable. But they are not inevitable.

In Wales, people have an alternative in Plaid Cymru.

The Party of Wales rejects the Austerity Charter, now agreed between the four Westminster parties, and instead proposes an alternative based on investing in communities outside the City of London and in sectors of the economy that need support.

We want a living wage for all, and a new era of industrial relations that will rights at the workplace as well as greater participation for employees at board level.

For Wales too, we’ll have an opportunity to achieve parity with Scotland. Wales is every bit as much a nation as our cousins to the north and it is unacceptable that our model of self-government is second rate.

And equality means parity of resources. As the parties of Westminster are now committed to the retention of the Barnett funding mechanism, Wales cannot be disadvantaged any longer. If Wales were funded to the same level as Scotland then that would result in an additional £1.2 billion a year of investment.

With so many people despairing at the policies of the Westminster elite – now officially the ‘austerity alliance’, in Wales we can seize an opportunity to empower our country, strengthen our communities and end the futile race to the bottom that has characterised the ideologically-driven Westminster cuts agenda.

20 Responses to “Wales has a chance for self government, free from the pain of austerity”