These measures will not stop the UK from being in danger of further terrorist activity and may well do the opposite. 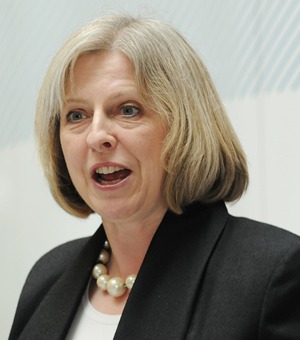 For a bill that aims to provide a strategy to successfully combat the growing threat of terrorism in Britain, the government’s new Counter-terrorism and Security Bill does not inspire much confidence.

Reading as much like a campaign bid for the Tory leadership as an actual plan to stop terrorism, the proposals may serve a useful political purpose but they do not offer a sustainable counter-terrorism strategy.

The exclusion orders are a major cause for concern. They are tantamount to sentencing individuals to exile as they risk rendering them permanently stateless.

The repercussions for Britain are not insignificant – legally, the UK risks falling foul of international law, likely ending up in years-long and expensive court battles. At the very least, it shifts judicial responsibility for confirmed terrorists following their exclusion to other states, making it harder to bring those individuals to trial later.

Secondly and more immediately, exclusion orders are ineffective. They could do more to radicalise the individuals they have made stateless against a country they increasingly perceive to be the antithesis of their identity and values. It takes away an opportunity for people to be reintegrated into their local communities and British society once they return, making rehabilitation an even more difficult task.

The ripple effect of exclusion orders is also clear. The legislation is designed to reduce the potential radicalisation by ISIS of British citizens. Those most at risk of radicalisation are in the Muslim community, and it stands that these orders will affect those individuals most. Their communities, like most immigrant communities, are at once tightly knit and far-reaching.

We are alienating entire swathes of Britain’s population when we legally and physically exclude the individuals that form part of those communities.

Similarly, May’s ban on campus extremism takes away a channel of communication between those at risk of being radicalised and the state. It seems like the start of what is perhaps the mainstreaming of censorship of free speech.

As an element of a counter-terrorism strategy it also fails to deliver in many ways. The definition of an extremist speaker is not a black-and-white judgment and the sheer number of organisations the proposal targets leaves even more room for interpretation. This alone reduces the efficiency of such a proposal.

More importantly, by not providing a platform for such discussions we risk driving them underground, leaving a greater gap between at-risk individuals and the alternative.

If we are trying to understand why young men and women are tempted to join ISIS and fight abroad, banning discussion simply takes away that opportunity. We are left unable to develop mechanisms to combat this and preventing radicalisation becomes increasingly difficult.

This final push to secure a Conservative win before the general election risks – just like their pledge to repeal the Human Rights Act and undermine the European Convention on Human Rights – watering down human rights at little reward. These measures will not stop the UK from being in danger of further terrorist activity and may well do the opposite.

Stephanie Richani is a campaigns volunteer with the Labour Campaign for Human Rights. Follow her on Twitter