Saudi Arabia shows no signs of letting up on its distressing human rights record - it is time to cut ties. 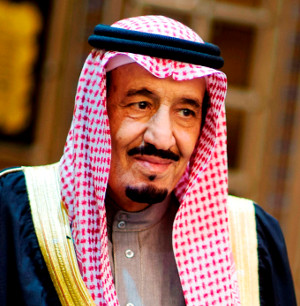 It was good to see David Cameron on the front row of the march in Paris at the weekend, showing solidarity with our French neighbours at this very serious time.

It sent out a message to anyone who thinks hate can trump freedom – no one takes that challenge lightly, and extremism won’t win.

But would it not be remiss of Mr Cameron to ignore calls regarding his own allies, or should I say our allies? The UK’s continued closeness with Saudi Arabia should be renegotiated for two primary key reasons:

1) Being allied to Saudi Arabia exposes our double standards at a time when we should be seriously trying to cut them altogether, particularly in the ongoing war against people who are ideologically or religiously opposed to satire, secularism, and self-critique.

2) Soon – very soon – our relationship with the Saudis will become untenable as it seeks to legitimise itself via a seemingly unending religious war against Shia agitators and non-agitators it doesn’t like. Whether we like it or not, we give Saudia Arabia’s Sunni agenda the legitimacy it wants, something which we’ve no right or need to do.

Consider for example the fate of Raif Badawi. It should stick in our throats that at a time when our prime minister has joined the streets with other world leaders in condemnation of the murder of satirists, law enforcers, and Jews, authorities in a nation whose back we have in the quest for Middle Eastern peace see fit to flog a blogger for the crime of ‘insulting Islam’.

For the crime of his ‘insult’ on the Free Saudi Liberals blog, now closed down and banned, Badawi was originally arrested in 2012 and sentenced to 1,000 lashes, 10 years’ imprisonment and a fine of one million riyals (£175,000).

Last Friday, as the world looked over at France in horror, he was subject to his first 50 lashes which he will have to endure for 15 minutes for the next 20 weeks.

Only a country that felt threatened would mete out such a horrific punishment, and indeed oil prices, warnings from external fighters, the health of King Abdullah and US-Iranian relations have all contributed to Saudi’s feeling threatened.

But is a crackdown on internal dissent what has to result? Is the flogged blogger, in other words, a message to all the other impure, particularly the Shia Muslim population, demonstrating that Saudi muscle is not to be messed with? Perhaps, but given the human rights track record of the country this behaviour is pretty consistent.

The tension with the region’s Shia population cannot be ignored, however. As a response to the more recent problems in the Middle East, Saudi Arabia is now hotly pursuing an anti-Shia jihad in Iraq.

Patrick Cockburn, for example, has been reporting the part played by the Kingdom in blowing up Shia shrines in Mosul and pillaging the homes of more than 4,000 people.

If this is true, we should ask two questions of our allies:

1) Will you stop at nothing to pursue your Sunni agenda, i.e. supporting Isis in Northern Iraq?

2) How can UK-Saudi relations be tenable if on the side of terror versus freedom, you side with terror?

It is primarily for these reasons that the UK should re-think its relationship with the country. Saudi Arabia has one of the highest rates of executions in the world. It would not be doing down the evil of Isis if we said that their head count pales in insignificance to that of the Arab state.

For legacy reasons, cutting loose would be anything but easy. Relations with the country originated during the First World War, before the country had even been founded.

Ibn Saud, who was to become the first King of Saudi Arabia, signed the 1915 Treaty of Darin with the British government, which in turn cemented the status of a British protectorate.

The UK was one of the first countries to recognise the Kingdom in 1926 and installed a diplomatic delegation there. Since then, as western ventures into the Middle East have increased, the relationship became all the more vital.

But during this time Saudi Arabia has had a significant influence in shaping ideas and their expression in other ways.

According to a very important report published by the Centre for Secular Space (CSS) published in 2013, the concept and reality of salafi-jihadism – tenets of which include ultimate belief in Sharia law, sectarianism, the curtailing of women’s rights, an authoritarian view of the family, the disregard of democracy, a support for jihad, whether through physical fighting or providing money for it, chauvinism and the creation of a global caliphate – stem from Saudi-financed madrassahs (or is at least bolstered by them).

These madrassahs have been described as ‘factories for salafi jihadism’ by the late US diplomat Richard Holbrooke.

In short, Saudi Arabia is the biggest global exporter of the sorts of ideas that are enemy to the kinds of freedoms we wish to enjoy away from the fascist violence of religious fanaticism, the freedoms ‘Je Suis Charlie’ wants to defend.

Saudi Arabia shows no signs of letting up on its distressing human rights record. Do we think we can temper their behaviour at all by continuing to ally with them? Absolutely not.

Because in the eyes of Saudi leaders, pursuing religious fanaticism is not one choice of many, but a necessity. Now they feel under pressure and in order to legitimise their state they will use the UK’s cooperation, whether we like it or not. We should not give them the opportunity to.