The continuing transport chaos is a growing embarrassment. 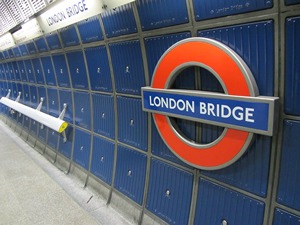 The continuing transport chaos is a growing embarrassment

The New Year hasn’t got off to a great start for London commuters.

After Boris dished out yet another unnecessary TfL fares increase earlier this week, passengers wouldn’t be blamed for expecting improvements to their journey. Yet on Monday and Tuesday, I was just one of thousands of Rail commuters to experience utter chaos at London Bridge when spiralling delays resulted in confusion and dangerous overcrowding.

We all knew the next three years would be difficult for passengers while London Bridge is being rebuilt as part of the Thameslink project. But the level of chaos was not anticipated.

Far from it, Network Rail were reassuring everyone that the timetable cuts would at least enable smooth running of reduced services for the construction period. Network Rail’s answers have been equally frustrating, reportedly suggesting the delays were primarily down to ‘the wrong kind of platform’.

It is clear they still don’t understand how they’ve got it so badly wrong.

With passengers facing hours of delays and discomfort it’s time for Network Rail and Southern rail to get a grip and start putting the needs of commuters first.

Sadly, the disruption seen this week is not an isolated incident. Commuters in South London have had to endure months of chaos on routes into London Bridge, but the last few days have really seen things come to a head.

I am a strong advocate of the Thameslink project. For years, London Bridge has been a bottle-neck for the South London transport system. For many, the rebuild of London Bridge really will be the light at the end of the tunnel.

So it is strange that it’s the needs of those very passengers that are being overlooked by Network Rail and franchise holders during the project.

Last year London Assembly members twice tackled Network Rail about serious delays and chaotic management when things went wrong, challenging them to raise their game on passenger information and customer services. We were promised improvements to the reliability of the service and station operation in January, but the last few days have shown that if anything the situation is getting worse.

The problem isn’t the rebuild of London Bridge – the construction work is going well despite it being a vast and complex project. What isn’t working is Southern Railways and Network Rail’s failing attempts to deliver even the reduced services timetabled for this trimmed back period.

The unplanned delays and mid-journey cancellations are causing despair for those desperate to get home after work and the crowded queues are unpleasant, but I am particularly concerned about the safety of passengers caught up in the overcrowding.

The problems we’ve seen this week must in-part be attributed to the fragmented transport organisations we have in London and the fundamental lack of public accountability. Both the Mayor and government have done little more than wring their hands while sitting back and watching the chaos unfold. Equally, Network Rail and Southern were slow to sort out the mayhem seen this week.

The information given to passengers has been staggeringly poor and unreliable with too little assistance given to those struggling to get home. It’s not the staff on the ground’s fault it’s that they are stretched too thin. The basic pre-planning for crowd management and passenger movements through the station was dramatically lacking.

We know they can do it, look at the Olympics, but those lessons, learned after dramatic failures during the Queen’s Jubilee, seem to have been forgotten.

In London the takeover of the former Silver Link and North London Line Franchise and their integration with the East London Line into a new TfL Overground Service marked the moment when we saw how railways could be made dramatically better in London.

For years we’ve argued that applying a similar model to the rest of London’s rail infrastructure is long overdue. Giving fare-paying passengers a democratic link by giving the Mayor direct responsibility is the only viable solution to the chaos London commuters are facing each day. TfL should take over the franchising function for suburban rail services in London as each franchise comes up for renewal.

The outcome, as demonstrated by the TfL Overground service, will be better trains, more frequent services and greater cost efficiency for the public sector. Happy passengers are to be found on the Overground but scarcely anywhere else on London’s Rail network.

In the meantime, the continuing chaos is a growing embarrassment, and it’s about time that Network Rail and Southern rail pulled their finger out and got these problems fixed. Until we see some real action to get to grips with the problems commuters will continue to suffer.