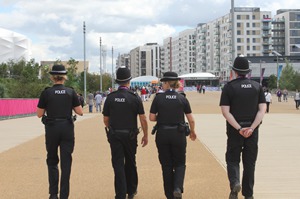 London’s police service is “on the precipice of being destroyed”, so says John Tully, chairman of the Metropolitan Police Federation.

With his legacy on policing lying in the balance, Boris Johnson has a choice to make as he presents his penultimate budget today. He can remain on his current course of presiding over the most damaging cuts in the Met’s history, or he can allow Londoners the parting gift they deserve by accepting proposals to put 1,000 police officers back on London’s streets.

Last week, figures from the Met’s own Confidence Comparator revealed that half of Londoners believe that the police do not provide a visible presence in their neighbourhoods. In some areas, such as South Lewisham, the figure was as high as two-thirds.

This is a clear indication that the public are feeling the effect of the cuts; so it’s both concerning and baffling that the Mayor appears intent on continuing along this path.

Unfortunately athough alarming, these figures come as little surprise. Amongst the biggest casualties to arise from Boris’ swingeing cuts to London’s emergency services are neighbourhood policing teams, cut back from six uniformed officers to just two.

But calls to put more bobbies on the beat in London boroughs are defiantly and repeatedly discarded by the Mayor. Instead, police numbers in the capital have plummeted since 2010, with a staggering 4,333 fewer uniformed officers on the streets now than when the current Government came to power.

If any further evidence is needed to vindicate growing concerns about policing in our city, you need look no further than the 26 per cent rise in violent crime over the last year. With this disturbing increase in some of the most serious and worrying offences, it’s all the more bewildering that Boris offers nothing in his budget to bolster the capital’s policing.

Today therefore represents both a timely and crucial crossroads in London’s policing strategy. Boris is left with a tough decision; one which will strongly influence how his Mayoralty is remembered long after he steps down in May 2016.

Should he decide to accept our proposals to put over 1,000 extra police officers on London’s streets, Boris stands a chance of rescuing his floundering legacy and simultaneously giving London’s police service the resource they deserve.

If agreed by the Mayor, these proposals could see an additional 33 officers on the beat in each London Borough, providing a much needed crack down on rising violent crime and allaying public unease about neighbourhood policing.

What’s more, Boris has the option to do this without dipping further into the pockets of hardworking Londoners.  By abandoning his ideological cut of GLA’s share of council tax (which would save just 1p a day for each London household) and freezing the precept at 2014 levels, Boris could help fund the additional 1,000 police officers without exacerbating the capital’s cost of living crisis.

Indeed, Boris’ cut of 1p a day pales into insignificance when put against the 40 per cent rise in travel fares since he came to power. This year alone the cost of a zone 1-6 travel card will jump £56 – a problem we would also fix by cutting fares to 2014 levels to help people struggling to cope with the cost of commuting.

It’s an achievable and affordable task, which begs the question of why Boris appears so intent on continuing down a path which risks accelerating the decline in efficiency of London’s policing and pumping fares higher and higher.

Boris has an unprecedented opportunity to salvage his flailing legacy on policing. But he must act urgently to pull London’s police service back from the ‘precipice’.