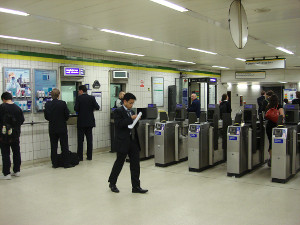 Yesterday Transport for London revealed the price tag for the closure of London Undergrounds ticket offices. The mayor’s ‘Fit for the Future’ programme, which includes closing 301 ticket offices and axing 897 staff, will cost a staggering £134m.

Despite past promises that he would not close any tickets offices, the mayor has made a clear decision to spend vast amounts of money eliminating them from London Underground stations.

The TfL Finance and Policy Committee today detailed their plans for ‘fit for the future’ station works, dedicating £134 million to implement their changes. These changes include closing 301 tickets offices, refurbishing 181 of them for ‘other purposes’, installing four new customer reception rooms and new furnishings for London Underground stations.

In the very same month that the mayor announced a 2.5% per cent hike in fares, Londoners will see their Underground take a huge hit in staff numbers. While the ‘fit for the future’ programme may appear to improve the Underground service, the project also means losing 897 members of London Underground staff.

As I have said in the past, the mayor has consistently forced Londoners to pay more for less in terms of service experience.

Transport for London argues this programme will ensure members of staff are out of the ticket offices and therefore more visible, ensuring a ‘world class customer service’.

However the point is not whether they are in the ticket office, but simply if TfL can live up to their promises and provide customer support with lowering numbers of staff. The loss of staff, combined with the closure of ticket offices, will leave London Underground workers stretched in their ability to provide assistance to all passengers especially when some outer London stations are left with only one staff member at a time.

In particular, passengers who rely on staff assistance throughout their journey will be put at a disadvantage by these changes. Passengers who are elderly and disabled are set to lose the most as a result of deductions in staff, as staff availability will be under strain.

As we all know, over-crowding on the London Underground is a common problem, yet for London’s most vulnerable passengers it is even more of an issue.

Many stations in London serve hospitals and other vital public resources, and it is those who need it the most who will not be able to access the assistance they once had. The loss of 897 members of staff will not be made up for by spending £134 million on building works and new ticket machines.

The closure of ticket offices and the cuts to staff numbers are set to be phased out over 2015-16, meaning that the service we now see on the London Underground will look very different this time next year.

Passengers will increasingly become aware of these changes, but they also need to know the high cost the mayor has incurred on tax payers behalf to remove staff and ticket offices.

This year is the seventh year in a row that Londoners have seen their transport fares raised, and spending £134 million to reduce staff members and replace them with ticket machines, means Londoners will not be getting the service they deserve.

Passengers will know it’s not about whether staff are in ticket offices or not, it’s about whether there are staff around full stop. After seven years of fares rises the mayor and Transport for London should be cautious not to bite too hard on the hand that feeds them.

20 Responses to “Comment: New tube ticket machines won’t make up for the 900 staff Boris is axing”