A key government report on asbestos in schools was due in June 2014. Yet it still hasn’t been published. Why? 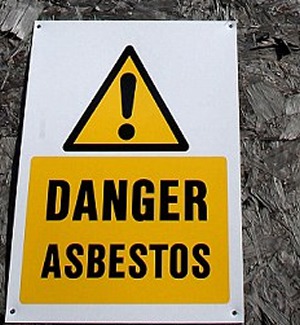 A key government report on asbestos in schools was due in June 2014. Yet it still hasn’t been published. Why?

Before researching this subject I knew that asbestos was present in many schools. I thought, however, that it was generally well managed and that there was nothing much to worry about. I was wrong.

Schoolchildren and staff are at considerable risk of exposure to asbestos and the government is failing to take relatively simple steps to reduce their risk of developing the fatal disease mesothelioma and other asbestos-related cancers.

As the All Party Parliamentary Group on Occupational Health and Safety (the APPG) stated in its March 2014 report on the subject, the presence and current management of asbestos is “a time-bomb in our schools”.

Approximately 75 per cent of state schools in Britain contain asbestos. It is often present in school walls, floors, ceilings, window and door surrounds as well as in pipes and boiler rooms. Normal school activity such as pinning work to walls, slamming doors and removing books from cupboards has been found to disturb asbestos leading to the release of fibres into the air.

In 2006 it was found that when doors were slammed in schools, asbestos fibres released were 800 times greater than background levels (there is no known threshold exposure to asbestos below which there is no risk).

140 school teachers died from mesothelioma in the ten years from 1999 to 2008. An unknown number of caretakers, cleaners, teaching assistants and admin staff have also died from the disease.

We’re better at managing asbestos than we were decades ago but – and this is a big but – we are nowhere near as good as we should be and asbestos has become much more difficult to manage safely now it is older.

The government position is that it is better to manage asbestos rather than remove it provided it’s in good condition and unlikely to be disturbed. However, much asbestos is ageing and so not in a good condition and management in schools is often far from optimal.

Inspections in 2013/2014 by the Health and Safety Executive of non-local authority schools found that of the 153 schools inspected, 44 required written advice from the HSE and 20 had such poor safety management of asbestos that they were subject to enforcement action.

The APPG report similarly stresses the inadequacy of procedures to manage asbestos in schools, stating that:

“common faults include a lack of asbestos awareness and poor standards of training; asbestos management plans found to be ineffective; confusion over areas of responsibility; and the less accessible asbestos has frequently not been identified because of inadequate surveys.”

The government’s announcement in 2013 that it would review the management of asbestos in schools was briefly cause for optimism. Consultation took place between January and March 2014 with a report promised for June.

But despite calls by teaching unions and many others, this report has yet to be published.

The concern is that publication is being delayed because of the cost implications of better management of asbestos. The APPG for example has recommended the following measures:

The coalition has a nasty track record when it comes to victims of mesothelioma. Chris Grayling tried to reduce the amount of compensation payable to victims by allowing them to be charged up to 25 per cent of their compensation to pay for their legal costs and insurance.  Previously these costs had been paid in full by the insurers of those found liable for causing the harm.

Only after the High Court found that the policy was unlawful was Grayling forced to drop it (there’s that pesky judicial review again!).

Prior to introducing the legislation that attempted to reduce compensation for mesothelioma sufferers, the government reached a secret heads of agreement with the ABI. This document was not revealed to other interested parties and only came to light when the ABI were forced to disclose it. It contained proposals that would have been highly beneficial to insurers and detrimental to mesothelioma victims.

Finally, a leaked DfE document from October 2013 showed that Michael Gove and David Laws wanted to get rid of the Asbestos Steering Group which consists of asbestos experts, union representatives, school governors and local authorities.

It is hard not to suspect that the government, if unchecked, will happily disregard the review into better management of asbestos in schools and the lives that might be saved.