The case for keeping interest rates at their current level is compelling. 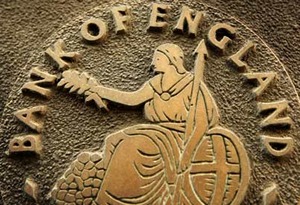 It is now over five-and-a-half-years since the Monetary Policy Committee (MPC) of the Bank of England cut its bank rate to 0.5 per cent in March 2009. For the last five months (August to December), two members of the MPC have been voting to increase the rate to 0.75 per cent, while the other seven members have opted for the status quo.

However, interest rates are not expected to remain at rock bottom levels throughout 2015. In HM Treasury’s December comparison of economic forecasts for the UK economy, only 2 out of 32 forecasters reporting a view on interest rates at the end of 2015 said they thought rates would still be 0.5 per cent. Forecasts range up to 2.0 per cent, with an average of 1.0 per cent.

It is to be hoped that all these forecasters are proved wrong, because interest rates in the UK should not be increased in 2015.

The main argument for higher interest rates is the strength of economic growth and the associated fall in unemployment. The latest figures, for the third quarter of 2014, show annual real GDP growth of 3.0 per cent. Most forecasters expect growth to ease in 2015, reflecting weaker growth in the global economy – what David Cameron has identified as ‘red lights’.

However, this weaker global growth has brought with it the considerable dividend of lower oil prices. These have already caused a big drop in petrol prices and energy companies are under pressure to cut gas and electricity prices.

If the energy companies respond to this pressure, households in the UK are likely to see their living standards improve by more in 2015 than in any year since the financial collapse. The tightening of the labour market should be accompanied by a modest increase in wage inflation and consumer price inflation will drop below 1 per cent.

This is very likely to generate stronger growth in consumer spending. UK companies would also benefit from lower energy costs, allowing them to continue to boost investment spending, as they have been doing in 2014.

There is no reason to believe, however, that another year of growth of even 3 per cent would lead to a marked increase in domestic inflation pressures. In particular, wage inflation is likely to remain well below the level believed to be consistent with the inflation target.

For a brief period between August 2013 and February 2014, Mark Carney – the governor of the Bank of England – linked consideration of interest rate increases in the UK to the level of unemployment, suggesting that rates were more likely to go up when unemployment fell below 7 per cent. With hindsight, this was a mistake. Unemployment is now 6.0 per cent but interest rates have not increased because low unemployment has not been accompanied by evidence of wage pressures.

The labour market in the UK is now too complex to be judged by the rate of unemployment alone. Rapid employment growth, steep falls in unemployment and an employment rate back to the level seen before the financial collapse all give a potentially misleading picture. Involuntary part-time and temporary working are at high levels and many people are self-employed when they would rather be working as an employee.

This ‘hidden unemployment’ means the UK is still some way from full employment and the risk of increasing wage pressures.

Only when overall employment growth is accompanied by falls – or at least slower growth – in part-time and temporary working and in self-employment will the labour market be signalling the need for higher interest rates.

Meanwhile, with all the excitement about lower inflation potentially boosting growth and living standards in 2015, it is important to remember that the inflation target is supposed to be symmetrical. There is just as much reason to fear large deviations from the 2 per cent target for consumer price inflation on the downside as there is on the upside, and the latest rate – 1.0 per cent in November – is right at the bottom of the acceptable range.

Any further drop would trigger a letter from Mark Carney to the chancellor explaining why inflation had been allowed to fall so low and what the MPC intended to do to increase it.

While it is possible to imagine circumstances in which inflation was below 1 per cent and the MPC would want to increase interest rates, these are unlikely to apply in 2015. There would need to be evidence of strong growth that is likely to be sustained and put upward pressure on domestic inflation, making it probable that consumer price inflation would soon increase from below 1 per cent to well above its target rate.

The more likely outcome in 2015 is that low headline inflation rates serve to lock in very low inflation expectations. And the risks appear to be tilted more in favour of deflation, which could be devastating for an economy with high levels of debt, rather than a surge in inflation.

It also appears that house price inflation is beginning to ease. One lesson from the financial collapse is that the Bank of England needs to have regard to a wide range of prices in the economy, not just consumer prices. An asset price bubble is just as big a threat to economic stability as accelerating consumer prices.

But interest rates are not the only tool the Bank can use to control asset prices. Its Financial Policy Committee can limit mortgage lending and this would be a better option if house price inflation picks up again in 2015.

It has been suggested that another reason for caution on interest rates is the effect higher mortgage rates will have on those who have bought a property with a large mortgage in recent years.

Certainly, this is one factor the MPC will take into consideration, but it is sometimes forgotten that squeezing the spending power of those with mortgages is an important channel through which higher interest rates are supposed to work to slow the economy and thus ease inflation pressures.

Obviously, the MPC would not want to put up interest rates so much that the result is a collapse in the housing market, a slump in the spending of households with recent mortgages and a recession but even if the MPC increased rates to 2 per cent – the top end of the forecast range – this is an unlikely outcome.

A more important consideration is the need for the MPC to take account of likely developments in fiscal policy. It is a moot point whether monetary policy or fiscal policy should be tightened first in the UK – should we have higher interest rates or deficit reduction? But there is nothing in the economic outlook to suggest that both need to be tightened simultaneously.

We will not know the exact path that fiscal policy will take in 2015 and 2016 until after the general election, but at this point it seems likely that it will not deviate greatly from the path set out by George Osborne in his autumn statement.

This implies a significant tightening of fiscal policy. Cyclically-adjusted public sector net borrowing is projected by the Office for Budget Responsibility to be 4.2 per cent of GDP in 2014-15, little changed from 4.1 per cent in 2013-14. But it is then expected to fall to 3.6 per cent in 2015-16 and 1.8 per cent in 2016-17. This will reduce demand and growth and the MPC needs to take account of this when thinking about interest rates.

Of course, no one can predict with any certainty what will happen to the economy over the next 12 months and the reason the MPC meets monthly (though Mark Carney believes this could be reduced to eight times a year) is to allow it to continually reassess the appropriate level of interest rates.

It might be that economic growth in 2015 is even stronger than it has been in 2014 and that worrying signs of inflation pressure start to appear. If so, higher interest rates would become probable.

But low wage and price inflation appear to be the more likely outcome and when they are combined with the likelihood of a significant tightening of fiscal policy over the next two years, the case for keeping interest rates at their current level starts to look compelling.