To hold ideological support for the privatisation is one thing, but to pretend it isn't happening is a far more insidious lie. 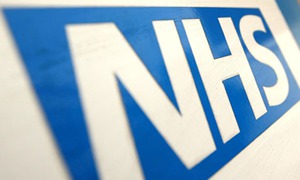 To hold ideological support for the privatisation is one thing, but to pretend it isn’t happening is a far more insidious lie

Last week on BBC Question Time, the panellists were met with yet another question about NHS privatisation.

The Times columnist Camilla Cavendish attacked the ‘misleading’ use of the word ‘privatisation’ and immediately asserted that such a trend simply ‘isn’t happening’.

Nigel Farage similarly condemned the ‘entirely false debate’ on the issue, concluding that ‘the word privatisation is bandied about without really meaning anything’.

And, to an extent, Farage is right. A fundamental lack of understanding and transparency has surrounded the government’s changes to the NHS.

The incomprehensible and jargon-filled Health and Social Care Act was presented in a way that few people could engage with.

And when concerns were raised – as they were by the overwhelming majority of doctors,nurses and patients’ groups – they were ignored.

Even the timing of the announcements (who is really following political affairs just two days after Christmas?) seemed to suggest that the government was determined for their ‘reforms’ not to be scrutinised by the public.

Yet, almost three years since the legislation was passed, discussion about the NHS is still dominated by the same ungrounded mudslinging. On one side are fears about ‘creeping privatisation’, which are crudely dismissed as nonsense by the government.

Meanwhile, the prime minister has resorted to defending his actions using emotive anecdotes about family illness.

What these debates are desperately lacking are details of the reforms themselves, the effect they are having and the views of those best placed to debate them: patients and medical professionals.

So, how did the Health and Social Care Act change the NHS? Perhaps the most contentious issue was the decision to encourage competitive tendering and introduce the concept of ‘Any Qualified Provider’.

This allows NHS services to be replaced by healthcare provision from private companies and charities, based on open competition. Furthermore, the Act stated that clinical commissioning groups had an explicit duty to ‘not engage in anti-competitive behaviour’, highlighting the pressure for local commissioning groups to outsource health services.

Only this week, figures showed that since the reforms, a third of NHS contracts have been awarded to private sector providers. These contracts attracted interest from companies such as Serco and Virgin, with some worth over a billion pounds.

In fact, the government’s reforms so clearly represent a form of privatisation that an attempt to reinstate public sector healthcare provision by reversing the Act would likely result in a legal battle with competition lawyers.

And it’s not just NHS contracts where privatisation has taken place – the government’s changes encouraged NHS hospitals to open their doors to patients who have paid to receive healthcare privately.

Before the reforms, up to two per cent of a hospital’s income could be generated in this way. The coalition government raised this cap to 49 per cent. As predicted by campaigners, hospitals are exploiting the change to generate extra income in the face of a funding crisis.

Earlier this year it was revealed that some hospitals had seen up to 40 per cent increases in income from private patients.

When NHS hospitals are encouraged by government policy to offer almost half of their services to private patients, I think it’s fair to use the word ‘privatisation’.

If this is contentious, then what proportion of hospital beds must be filled with private patients before journalists such as Camilla Cavendish concede that the NHS is indeed being gradually privatised?

The irony in the current government’s attitude towards the NHS is striking. Consider the pre-election promise that guaranteed ‘no top-down reorganisation’, followed a year later with the largest piece of health legislation since the NHS was founded.

Or the irony of introducing reform supposedly designed to empower doctors in decision-making, while ignoring the medical profession’s almost unanimous opposition to the changes.

But the most insidious lie is the idea that privatisation isn’t taking place, at a time when NHS contracts are being offered to private companies and hospitals encouraged to welcome fee-paying patients to a greater extent than ever before.

Whether the involvement of the private sector in healthcare should be resisted or welcomed is a different question. But it’s clear that the government’s changes to the NHS cannot be re-branded as anything other than privatisation.

Only when both sides drop their emotive rhetoric, and instead start scrutinising legislation, will this be realised.