Yet another end of year list. But this time a good one. 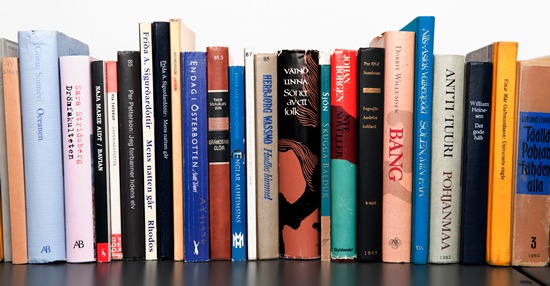 Yet another end of year list. But this time a good one

If one had to select an issue that has dominated British politics in 2014 it would probably be the rise of UKIP – and the media’s subsequent fascination with the emergence of Farage and co.

Look beyond the media’s obsession with a man who (shock horror) drinks pints and smokes cigarettes, however, and you will find the familiar and contested intellectual battleground between right and left.

Many of the books that came out in 2014 reflected that, with high profile volumes published on inequality, the establishment as well as ‘revolution’.

And so in that spirit, we asked some of our contributors to tell us a bit about their favourite books of 2014. Enjoy. 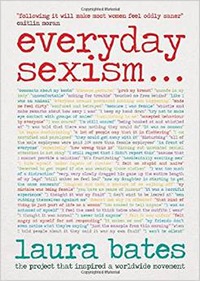 If the personal is political, then the shared detailing of personal abuse is vital political action. That’s why for me the political book of the year is Laura Bates’ Everyday Sexism.

While individually women and girls have understood their own experiences – the daily shaming, objectifying and belittling that goes with being a woman – understanding our own experiences is not enough. It is only by documenting our collective experience that we understand the power the structural imbalance in our society has over us.

By understanding that we are not alone, that has empowered so many of us to shout back.

This is a book that has empowered women, but it should be a book that changes the outlook of all of us. This book has something to teach not just men who catcall, but the men who embarrassingly fail to act: the men who believe that because they aren’t sexist, they have no further role to play in challenging the patriarchy and the inherent privilege it gives them. 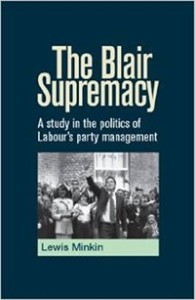 Minkin only produces a book every couple of decades but when he does they are the definitive academic work on internal Labour structures and politics: extensively researched, weighty (figuratively and literally) and catnip for political geeks.

His previous tomes were The Contentious Alliance (a 1992 study of the Labour/union link) and The Labour Party Conference: A Study in Intra-Party Democracy, published in 1978.

Any serious Labour activist or student of the Labour Party needs a copy of all three. The latest volume looks at party management under Blair with a level of detail and accuracy that journalistic writers from outside the party rarely achieve.

Unlike many commentators, Minkin correctly maps nuances like the factional differences between the Blairites and the older AEEU/Labour First right. As someone who was on the fringes of the party machine at this time I found this book accurate (except for a few careless misspellings of names) and a nostalgic reminder of how impressively organised that machine had been; and sometimes cringe-inducing in its recounting of the most excessive fixes.

The opening chapters are as good a summary of the internal balance of  power within Labour through the party’s history as one can find. 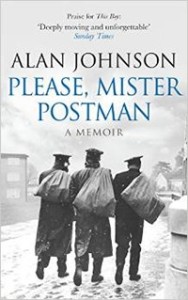 At the start of Please Mister Postman, we meet the 17-year-old who would become home secretary. He is working as a shelf-stacker following the death of his mother, Lily, four years earlier.

In his first book, This Boy, Johnson told of his childhood in slum housing with a violent father and a mother who worked ceaselessly against medical advice. Lily never escaped the slum but Alan, aged 19 and married with two children, was offered the council house of his mother’s dreams. Alan and his wife Judy would later refuse to buy this house at a discount so as not to deprive others of the same lifeline.

By the end of the book, Johnson is a leading figure in the postal workers’ union. He doesn’t sanctify unions but he is unequivocal about their importance in improving workers’ lives.

On politics, Johnson is fascinating, particularly when writing of his dislike of Tony Benn and Arthur Scargill, whom he saw as self-centred. But this is about more than politics: it’s about the lives of his colleagues, customers and loved ones. There are some brilliant vignettes, often very funny and beautifully written.

Johnson is an excellent politician, but he may be an even better writer. 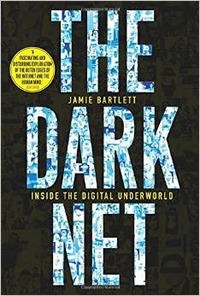 Of course the best book of 2014 for me was my own, Payday Lending, published by Palgrave Macmillan, though I may be showing a little bias.

My other book of the year is The Dark Net by Jamie Bartlett, published by William Heinemann. I’m of a rather unique age in that I remember the intersection of using a dusty hardback encyclopedia to cheat on my homework and using the fruits of the World Wide Web. Proper grownups look at people my age and assume we know everything there is to know about what goes on online.

Fortunately Jamie Bartlett has come along and shown us how absurd this assumption is – there are in fact layers of the web untapped by polite society and for good reason.

This book ticks all of my boxes: fascinating subcultural studies, a brave nosedive into often scary worlds, and a pacey writing style that makes you think you’re reading a good thriller.

I recommend this book to anyone who wants to know what the depths of human depravity look like, but can’t get the time off work to find out for themselves.

The Shifts and the Shocks by Martin Wolf says Jill Rutter 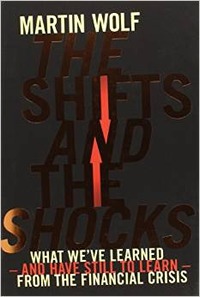 When it comes to politics, my reading falls into three categories: for pleasure, for work and to answer big questions about big issues. I enjoy political biography and Rachel Holmes’ Eleanor Marx: A Life (Bloomsbury) is a readable account of the short life of this pioneering feminist.

As I write about migration, Rob Ford and Matthew Goodwin’s Revolt on the Right (Routledge) is my ‘professional’ choice and gives an invaluable background to the rise of UKIP. The authors examine how job insecurity and low pay is intimately linked to the scapegoating of migrants by many core Labour voters. They argue that UKIP’s has played on the fears of those left behind in modern Britain.

But the most important book I read this year was Martin Wolf’s The Shifts and the Shocks (Allen Lane). It examines the reasons for the 2008 financial crash which include banking deregulation and hugely increased global flows of capital. Wolf argues that the measures put in place since 2008 have failed to address the root causes of global financial instability.

He outlines a number of solution, but dismisses the orthodox obsession with debt reduction, instead arguing for public investment to stimulate the economy.

Overall, the book is a powerful argument against the austerity measures and free market economics that all the main parties have accepted as orthodoxy. 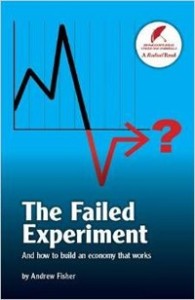 It wasn’t hard to pick a political book of the year. Choosing an environmental or economics books might have been harder (even with Piketty) but when it came to politics Andrew Fisher’s The Failed Experiment stood out for me.

Now I should confess that I know Andrew and have worked with him, but that is not for reason for choosing this book. I chose it precisely because it is avowedly political from a person who sees himself as a socialist, a trade unionist and as someone who supports the return of a left of centre government and is unashamed to say so.

That, in itself, would be enough to make this book stand out, but Andrew has also produced what may be called a campaigner’s handbook, packed with facts, wrapped in arguments and with a reasonable range of solutions on offer.

It’s not flawless, but nor is politics, and this book is what politics should still be about if it’s to reach beyond Westminster.

One of the most disappointing aspects of the post-crash world is the failure of the centre-left to present a compelling alternative worldview.

Piketty’s work is monumental but provides little in the way of a governing philosophy. Communitarians such as Blue Labour have had the best shot but it feels too static and potentially overbearing an outlook in a time of rapid change. The political soft left have resorted to exhuming Keynesianism and pure defence of the current welfare state and public services.

None of this feels particularly convincing in these political and economic times. Meanwhile, the right is getting on with the job of dismantling what they can of the state.

We need big ideas more than ever; there are few around.

And yet, an important book of political ideas was published this year and, in our tribal social media world, was almost entirely ignored (with some notable exceptions such as Prospect magazine). That is Just Freedom by Philip Pettit.

Pettit is a republican. Whereas liberals see freedom as absence of constraint, republicans see freedom as coming from absence of domination (though I prefer ‘the power to resist domination’). You can be free in a liberal sense but utterly disempowered. Liberalism, therefore, becomes a philosophy of the strong (it is no coincidence that Britain’s domineering imperial state was liberal in character). Republicanism, in contrast, concerns itself with enhancing the political, economic and social power of all so that domination can be resisted. It is true freedom. It is powerful freedom.

In Pettit’s arresting analogy, liberalism is the freedom of the heath but republicanism is freedom in the social complexity of the city.

You would have thought a philosophy that involves a fundamental rebalancing of power between the strong and the weak would find a natural home in the democratic left. But no, it’s been ignored in favour of dreams about global wealth taxes. The centre-left has become addicted to state resources and tax.

Instead, it should be thinking how to use state and civic power in smart ways to extend powerful freedom. Yet freedom is a word we seldom hear now. Instead, all we hear is ‘fairness’. The republicans point a way out of the centre-left’s distracted state and political stasis.

More can read on republicanism and ‘powerful freedom’ here.

Inequality and the 1% by Danny Dorling says Luke Hildyard 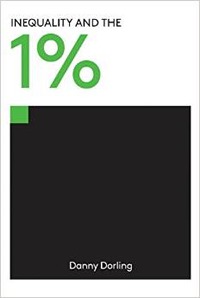 Thomas Piketty’s Capital did the most to propel the issue of inequality onto the comment pages and into Newsnight items in 2014, while in different ways, books by Owen Jones and Russell Brand have continued to make the divide between the super rich and everybody else the defining issue of the day.

But for a detailed understanding of how inequality permeates every area of life in the UK, Danny Dorling’s study of the 1 per cent is a vital read.

The book is as thorough as one would expect from the ‘Halford Mackinder Professor of Geography’ at Oxford University, but not nearly as boring. Dorling’s flair for graphics and illustrations – showing how, for example, inequality is ingrained from childhood with private schoolchildren enjoying an education that costs over four times as much as their state-educated counterparts – ensures that even five minutes flicking through the pages gives the reader a sense of the shocking inequality present in modern Britain.

There really is no excuse for policy-makers not to read Inequality and the 1% and act immediately on its recommendations.

5 Responses to “What to Read: Our writers choose the best books of 2014”