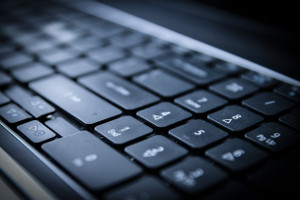 The shadow cast by the Savile affair and the prospect of a paedophile ring in government itself still hang dark over parliament.

As Cameron scrambles to deal with the realities of the internet age and legislate against loopholes in the law, it should be clear that Britain’s approach to paedophilia has not been working.

It’s a simple distinction, but it has been completely absent from any public discussion of paedophilia until just this month: that there is a real and important difference between paedophilia (meaning sexual interest in children) and child molestation.

The issue was introduced to the British public by a brave film aired on Channel 4 called The Paedophile Next Door, but is well recognised in academia.

The NSPCC supports a new approach, and a TV ad campaign in Germany is already calling men with paedophilic propensities into treatment before they harm a child.

Shockingly, here in the UK, we only offer assistance to paedophiles after they have offended – we wait for them to violate a child before intervening.

We cannot cure paedophiles, but we can help and treat them. There are indeed paedophilic persons who have stayed celibate, not committing crimes against children, who have remained in our society.

Failing to make the above distinction has made the public demonisation of innocent men socially acceptable. And properly considered, our visceral public hatred of paedophiles is most probably driving afflicted men underground and putting children at greater risk.

Scientific research indicates that paedophilia is what is known as an innate quality. It is not something paedophiles choose to be. Paedophilia is most frequently regarded as a form of sexual deviance, of which there are many forms, which the press and indeed most of us consider pretty ‘messed up.’

Yet, it’s something that I would consider an affliction. It is commonly described as an ‘illness’ after all, and is considered by many Psychiatric Associations as a ‘mental disorder.’

The Harvard Health Letter of July 2010 described paedophilia as a ‘sexual orientation’ and researchers in Canada testified that it should be recognized as such to the Canadian parliament in 2012.

Our society is currently however, pushing in all areas to ensure innate qualities are not punished in people. Words like homophobic, sexist and racist have only entered the public lexicon in the past century; and more recently, transphobia and Islamophobia.

We live in a progressive society that is making positive steps to ensure that people are not persecuted in any way because of arbitrary social or biological facts about them.

Not at all in a redistribution sense (if only), but there is a pervasive liberal convention that no one should be at all punished, disadvantaged or subordinated simply because of their religion, sexuality, race, disability or any other thing they can’t control.

We have made bold steps to ensure that disabled people are held back as little as possible. Afflictions, conditions and handicaps, sustained and innate, are treated with understanding and compassion. Recent campaigns to ‘end the taboo’ around mental illness and even the glory of the London Paralympics are testimony to this.

But is paedophilia a mental illness / disability too far? Can society really offer these people any help and hope, or must we solely ostracise and condemn them?

Sex crimes against children – venerable, innocent agents who don’t posses the ability to give consent – are some of the most unambiguous moral ‘wrongs’ that society can agree upon. Crimes most people find excruciating and sickening to contemplate, let alone imagine occurring in their community.

Acting on paedophilia is objectively wrong, in all contexts, historical and cultural. But remember, I am talking about the condition of being a paedophile – different from being a sex offender.

All paedophiles, regardless the crimes that they have or have not committed, are increasingly branded as the very embodiment of evil, because they posses a characteristic they did not choose.

We live in an age of anxious moral uncertainty. Long standing but blind historic clarity about right and wrong is dissolving and our pluralistic society is constantly manoeuvring between intolerance and relativism to preserve any sense of credibility or common purpose.

It is within this climate that the characterisation – stigmatisation – of the paedophile has emerged. A personification of evil that tabloids, cabinet ministers and parents at school gates can discuss with levels of moral certainty that they crave when touching upon other current topics. An unchallenged, black and white, hated stereotype of the paedophile has become the norm.

The ongoing legal and social crackdown on sex crimes against children is not a ‘witch hunt’. It’s well overdue. But as shocking as the ‘post Savile’  revelations are, we must be cautious of crude social stigmas at this time.

The only way to treat paedophiles and prevent their crimes is if paedophiles know they are different from child molesters.

If levels of sexual offences committed against children are observed to fall in Germany now this new approach has been implemented, there will be a strong moral, but also practical, case for our own society to begin to reconsider how we socially and legally deal with paedophilia.

Still very little is understood about the condition, but about one to five per cent of the male population is generally thought to suffer from it. Even less is known about female paedophiles. None, however, are born criminals and with the right support, many might be able to live on without committing terrible crimes against children.

4 Responses to “Paedophilia is an affliction, child molestation is a crime”