Unlike in previous elections, in 2015 there will be a genuine chance for change at the top. 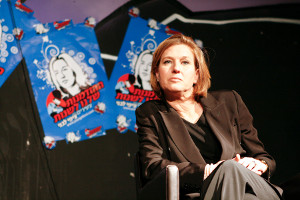 Unlike in previous elections, in 2015 there will be a genuine chance for change at the top

“I told my wife I am off for a weekend of coupledom with Tzipi”. So joked Isaac Herzog, Labour Party leader and maybe, just maybe, Israel’s next Prime Minister.

It is still more than three months to polling day, but three recent opinion polls show the alliance between Israel’s Labour Party, headed by Herzog, and Hatnuah, led by Tzipi Livni, winning the largest share of the votes in Israel’s March 2015 election.

But can ‘The Zionist Camp’ – the working title of the new alliance – not only emerge the largest party but actually form a coalition government?

Unlike the previous election in 2013 when victory for the Likud’s Benjamin Netanyahu was never in doubt, there are eight reasons why the Israeli Left has reasons to be hopeful.

1. They have got the framing right this time – Zionism vs extremism.

The centre-left has in the last two elections failed to appeal to a decisive number of voters who are pragmatic about territorial compromise but remember that the hopes kindled by Oslo were extinguished by the Second Intifada.

The promise of more peace negotiations (with no guarantee of success) is not an election winning pitch. That’s why Livni and Herzog are framing this election as a fight over the future of the State of Israel, and themselves as heirs to the liberal and democratic traditions of the Zionist founders.

Their rhetoric places this against an extremist /nationalist/sectarian camp which is contrary to those values. This time, as Ari Shavit, a commentator in the left-wing Haaretz put it:

“Neither Netanyahu nor peace is the crucial issue. What’s at stake is the existence of a sovereign, modern and democratic homeland, of which we can be proud and in which we can live.”

2. Netanyahu was the man who guaranteed quiet. Not anymore.

In previous elections Netanyahu has been able to appeal to Israelis as a guarantor of security for Israel in the face of Iran, the turmoil of the Arab Spring and Hamas. This summer’s conflict in Gaza, as well as the terror attacks and rioting in Jerusalem, may have led many to think again.

When the former Mossad head Shabtai Shavit declares that, ‘for the first time since I began forming my own opinions, I am truly concerned about the future of the Zionist project’ people take note.

When, at a demonstration against Netanyahu’s proposed ‘nation-state bill’, the former head of Shin Bet Carmi Gilon rails against more settlement announcements and a government of ‘pyromaniacs’ led by an ‘egomaniac’, then change may be afoot.

3. This time the entre-left has a better chance of winning over the ultra-Orthodox.

Israel’s electoral system is pure proportional representation, meaning coalition governments made up of lots of small and medium sized parties.

While forming a coalition will be difficult for both left and right, Herzog and Livni could have more options than a centre-left leader has for some time. As leader of an opposition, Herzog has a good relationship with the two ultra-Orthodox parties which have also sat fuming at the policies of the previous administration.

Moshe Gafni of United Torah Judaism faction has stated that, “We are going to these elections over the socioeconomic issue, and if Herzog succeeds in forming a government, we’ll support him. We’ll also follow him on the diplomatic issue.”

In March Aryeh Deri, the leader of Shas (another Ultra-Orthodox party) even endorsed Herzog for Prime Minister. Although they have since moderated their stance (as they want to be considered as potential partners for any future coalition), the ultra-Orthodox are ultra-pragmatic when it comes to coalition negotiations, and there is no inherent barrier to them joining a Herzog-Livni government.

4. The country is in a mood for change.

Prime minister Benjamin Netanyahu’s popularity has plummeted according to recent polls. His personal approval rating has dropped from 82 per cent at the height of Operation Protective Edge to as low as 23 per cent today.

Furthermore, in a separate poll, 65 per cent of the public said they did not want to see Netanyahu as prime minister. Netanyahu’s strength is experience but his vulnerability is fatigue and a sense that he is, as Yesh Atid leader Yair Lapid put it, ‘menutak’ – disconnected from ordinary people and the needs of the country.

5. There is (another) new kid on the block, who could take seats from the right but join a centre-left government.

Moshe Kahlon is little known outside Israel. A former Likud Party Member of the Knesset and a minister in Netanyahu’s government, he introduced universally popular reforms to Israel’s cellphone industry, which massively cut costs for consumers.

He has formed ‘Kulanu’ (‘all of us’), a new party whose main focus is socio-economic issues. He has been polling around 10 seats, even though he is yet to announce who will be on his party’s electoral list or what will be in the manifesto.

Whatever the result in March, it is likely Kahlon will be in the government.

The Israeli foreign minister has been lurching to the centre in recent months. Little noticed beneath the headlines in the UK, Lieberman has shown himself to be more pragmatic than many of his critics have suggested, and has reached out to more centrist voters. He recently declared that he could work with either a Herzog or a Netanyahu government.

In January 2014 Lieverman praised US Secretary of State John Kerry’s framework peace plan. And don’t forget, he was a member of the centrist government of Ehud Olmert, which pursued the Annapolis peace talks with the Palestinian Authority in 2008.

Yes, he ran a joint list of candidates with Netanyahu’s Likud in the 2013 election. But there have been disagreements and there is animosity between the two. Benjamin Netanyahu can no longer count on Lieberman’s support.

7. The reasons for the mass social justice movement of 2011 have not gone away.

Three years ago Israelis were out on the streets in their hundreds of thousands protesting the high cost of living and demanding ‘social justice’. Many of the issues they raised are issues still, and will play a key role in the election.

Some 34 per cent of Israelis say the economy will determine how they vote on election day. 64 per cent believe that the economy has got worse under the current government (though many blame finance minister Yair Lapid for that).

And 62 per cent of Israelis do not believe that Netanyahu will deliver on his promise to reduce VAT on basic foods to 0 per cent (something he opposed only recently when it was proposed by Amir Peretz, a former minister and Trade Union leader).

8. Arab voters may be about to turn out

A recent reform of Israel’s election law raised the percentage of votes a party must achieve to be elected to the Knesset from two per cent to 3.25 per cent. The change has forced the small Arab parties to consider forming a single bloc.

If the parties unite, and fears generated by the national agenda of the outgoing government produce a higher turnout among Arab voters, then the number of seats held in the Knesset (currently 11) could also go up. Though they are most likely to sit outside a coalition, they could contribute to blocking the creation of a right wing government.

With all this said, the route to forming the next government currently still looks shortest for Netanyahu, and for Herzog and Livni to replace him, a lot of things have to go their way. But unlike in 2013, there is a genuine chance of a change at the top this time, and that promises to make this election a whole lot more interesting.

Lorin Bell-Cross is a Researcher at BICOM and Assistant Editor of Fathom Journal. Follow him on Twitter