Erin Saltman
8 December, 2014
A Britain We All Call Home

The government is not a credible messenger for young individuals vulnerable to radicalisation. 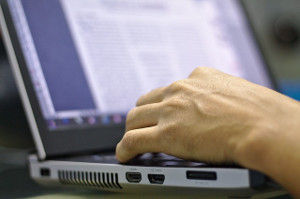 Recently the focus has been on targeting the internet as a primary cause for the unprecedented numbers of foreign fighters travelling to fight in the crisis in Syria and Iraq.

Amidst new technologies, quickly evolving online platforms and virtual private networks – including the dark net – governments need to keep up and evolve their approaches to countering online extremism, as discussed in Quilliam’s recent White Paper.

However, negative measures are recognised as ineffective for two primary reasons. Firstly, blocked content often reappears just as quickly as it is taken down. Censored videos are reposted, content migrates onto different virtual platforms and blocked accounts are easily reformed under different names.

By relying on negative measures in an attempt to rid the internet of unwanted material, governments place themselves in a game of cat and mouse. This can push extremists into virtual private networks, untraceable by security services.

What we can broadly label as ‘extremist content’ is largely rhetoric, leaving it up to the reader to decide whether or not a piece of content actually breaches terrorist legislation or democratic laws against hate speech or incitement to violence.

This means that content that has been flagged for review by leading social media companies is often only taken down if it clearly goes against a platform’s user guidelines. This is not to mention the difficulty in defining what is meant by ‘extremist’ content, which, unlike ‘terrorist’-related content, has no widely accepted definition.

At the roots of extremist and terrorist-related content online are powerful ideologies – whether they are based on white-power supremacy, Islamist extremism or other similarly fascistic movements. As such, the only real tangible way to counter the spreading of extremism, both online and offline, is to challenge the ideas underpinning these movements head on.

Some western governments have already begun to make headway in recognising the importance of counter-extremism efforts. In the United States the Center for Strategic Counterterrorism Communications (CSCC) is one such development.

This outreach team disseminates counterspeech messaging in Arabic, Urdu, Punjabi and Somali. More recently CSCC began messaging in English through the department’s #ThinkAgainTurnAway campaign as a response to the international threat posed by Islamic State.

Prevent operates through local government levels and in its 2011 restructuring openly recognised the need to tackle extremist ideologies as a whole, not just target the violent side of the extremist spectrum.

Although the United States and United Kingdom currently serve as some of the best examples of governments embracing counter-extremism initiatives, questions about these programmes’ effectiveness remains.

The #ThinkAgainTurnAway campaign has been criticised for reincorporating violent terrorist imagery into counterspeech propaganda. Some have also questioned whether or not the State Department is a credible messenger for young individuals vulnerable to radicalisation.

Prevent strategy, on the other hand, has worked to cultivate relations in the localities it operates in, but has no centralised strategy for online engagement or for teaching critical consumption skills that could build resilience within young individuals against extremist content they might come across.

Effective counterspeech initiatives online are dependent on three things: the message, the messenger and the messaging itself. The government might not be the best messenger to give a credible voice to the campaign against extremism.

In fact, civil society is much more effective in challenging extremist and terrorist propaganda, since extremist movements are themselves peripheral civil society movements. What this means is that efficient and effective counterspeech online should be civil society-led and government supported.

This level of support can be given financially through organisational assistance or incentives given to groups or movements putting forward counterspeech content. Alternatively, this support can be given structurally through government programmes like Prevent, working with communities on creating localised outputs online and building resilience against extremist ideologies.

Governments should embrace an innovative approach to facilitating and providing infrastructure that encourages and supports civil society counterspeech initiatives.