Consumption-driven growth is a recovery built on sand. 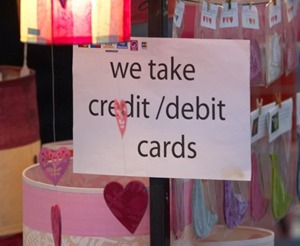 Consumption-driven growth is a recovery built on sand

Hidden deep in the Office for Budget Responsibility’s projections, published alongside the Autumn Statement last week, is a worrying figure that goes right to the heart of the concerns about the type of economic recovery the coalition is presiding over: 184 per cent.

This is the ratio of total household debt to household income that the OBR forecasts the UK will reach by 2020, taking household debt as a proportion of income to well above pre-crisis levels.

Osborne’s plan to run a surplus by 2018/19 is predicated on us spending lots more. More money than we can afford to spend, in fact.

Despite arguing for years that the country can’t go on living beyond its means, this is exactly what the chancellor requires us to do as individuals if the deficit is to be cleared by the end of the decade under his spending plans. If we fail to embark on this borrowing binge, growth will falter and Osborne’s deficit will grow.

This is a consequence of the government’s failure to rebalance the economy away from one reliant on consumer spending and debt to one where business investment and exports drive growth. Household spending is fuelling the current recovery, while investment and exports remain worryingly low (despite significant depreciation in the pound).

Growth is still being driven by the same things that left us so exposed when the global financial crisis reached our shores. For decades ours has been a consumer economy. But when real wages are stagnant and consumers can no longer afford to consume without becoming increasingly indebted, it’s clear the consumption model is no longer fit for purpose.

To achieve secure long-term prosperity, we need to rebalance the economy. This will take time. But there are concrete things the next government can do on taking office in May.

As Labour’s growth review led by Lord Adonis has recognised, we need a long-term industrial strategy to nurture a stronger manufacturing sector, create the conditions industry needs to innovate and support those parts of the economy with the potential to boost exports, for example green technology.

Investment in infrastructure can also play a key role in creating jobs and economic growth. Housing is a classic example. Because current levels of housebuilding are well short of what is needed to meet demand, house prices and rents continue to race ahead of wages. Consequently, home ownership is in decline and the housing benefit bill is ballooning.

A step change in housing supply would not only help to close the affordability gap (and reduce spending on housing benefit), it would also provide a welcome boost to the economy. Every pound invested in new housing generates £3.51 of economic output.

Unfortunately, the coalition government cut capital spending for new affordable housing by 60 per cent in its 2010 spending review and has gone on to oversee the lowest level of housebuilding since the Second World War (and a rising housing benefit bill).

Alongside an industrial strategy, targeted capital investment to upgrade our infrastructure would put the economy on more solid foundations and make us more competitive and resilient in an increasingly uncertain global economy.

We already knew that for most people this recovery is something most people hear about on the news rather than feel in their pockets. The OBR’s figures show that until we wean ourselves off of consumption driven growth, it’s also unsustainable – a recovery built on sand.

Matthew Whittley is a recent graduate, Labour party member and works as a researcher for a Midlands-based housing association

7 Responses to “British consumers can no longer afford to consume. We need a new economic model”