We need to show our anger about greedy corporates depriving our public services of investment. 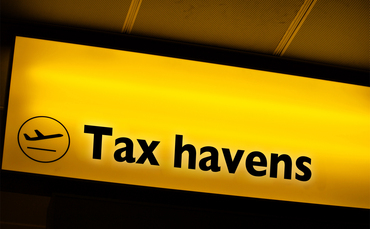 Last night I heard from my local councillors the extent to which the next round of spending cuts will impact on council services.

Austerity measures mean that local authorities will see a 40 per cent reduction in their funding between 2010 and 2015.

There is no slack in the system and the quality of services such as care for the elderly and vulnerable has already suffered. Yet as the Guardian’s Luxembourg Files showed last week, there is money to pay for these public services.

But it is being stolen, through elaborate systems of tax avoidance. Billions of pounds that should be being used to pay for public services are being syphoned out of the UK. It is something that should make us very angry.

The Luxembourg Files are the work of a team of investigative journalists under the auspices of the International Consortium of Investigative Journalists. The publication is timely, as G20 leaders are due to discuss measures to crack down on corporate tax avoidance on 15 of November.

The ICIJ investigation highlighted the system of profit-shifting and fake loans that are made to subsidiary companies in Luxembourg, one of a number of tax havens that are used in these elaborate tax avoidance schemes.

Put simply, these companies shift their profits from the countries where they generate their income to fake subsidiaries in low – and zero – tax jurisdictions where little or no business activities are undertaken.

Action Aid has published a database of FTSE 100 company use of subsidiaries in tax havens, which highlights the large-scale use of this tactic. The tax evasion activities of Amazon and Vodafone have received media coverage, but the Luxembourg Files and Action Aid data show that many other well-known household names are engaged in this practice: Eon, GlaxoSmithKline, Dyson, Burberry, Aviva, Prudential, HSBC, McGraw Hill and surprisingly, the Guardian Media Group.

These tax evasion schemes are often put in place by the Big Four accountancy firms: PWC, Ernst and Young, KPMG and Deloitte.

Estimates vary, but some suggest that £120 billion of tax revenues may be lost to the UK Exchequer, money that should be used to fund schools, the NHS, social housing, police and vital infrastructure.

It is not just in the UK that this happens, but in many developing countries where profit-shifting and transfer pricing deprives these countries of much need funding for educational and basic healthcare. It is for this reason that aid and development NGOs such as Oxfam and Action Aid are interested in tax justice.

It is largely big business that engages in these complicated tax dodging schemes; small and medium size enterprises usually cannot afford the services of accountants and lawyers to set them up. Smaller or UK-based enterprises are thus disadvantaged in competing with big transnational companies.

Not only do vital services suffer, but this industrial-scale tax avoidance undermines public support for tax laws and weakens tax compliance. Where transnational companies avoid paying tax, ordinary citizens must pay a greater share of it, a dynamic that contributes towards inequality.

We can hardly expect ordinary citizens and small businesses to support tax regimes, if the rich clearly do not.

Left Foot Forward has covered tax avoidance over the last year, and advanced some solutions. The blog has also examined Labour’s taxation policy.

Many of these solutions on its pages are technical and tax policy can often seem like an eternal struggle between clever (but under-resourced) civil servants at HMRC, complicated tax rules and equally clever corporate accountants and lawyers. Perhaps instead we need a cultural shift in the way that we view taxation.

It is notable that there is much greater public support for taxation in Scandinavian countries, where income tax rates are much higher. Tolerance for legal tax avoidance is also lower.

Public support for taxation means that the tax agencies of these countries are sufficiently resourced and that politicians initiate the action that is needed to tackle tax dodging.

How has this been achieved? First of all, narratives from political leaders link their high quality public services to the payment of taxes. It is an open debate that politicians do not skirt.

In this way, Swedish citizens see the benefits of taxation. The Swedish Tax Agency is also customer friendly and seen as being fair in its enforcement activities.

We need progressive politicians in Britain to talk about tax, too, something that so far seems taboo as parties vie with each other to cut it. We also need to show our MPs and MEPs that there is strong public support for action against tax dodging.

We need to get angry that greedy corporates are depriving our public services of the investment they need.

Jill Rutter is a contributing editor at Left Foot Forward