For all Ed's warm words he has failed to articulate a vision for the country. 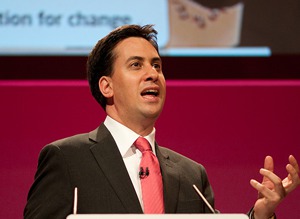 To have one poll predicting near meltdown for Scottish Labour could be seen as a one off. To have two would begin to concern those at the wrong end of such poll. To have three looks like a worrying trend.

That is the position that Scottish Labour now faces north of the border this morning, going right to the heart of Ed Miliband’s problem.

Last week the political anoraks were considering polling carried out by Ipsos Mori for STV which, if replicated at next year’s General Election, would see the number of Scottish Labour MPs fall to just four as the SNP increase the number of seats they hold in Westminster to 54.

Then came a second  poll, this time by YouGov for the Times, which found that the SNP were actually only on course for 47 seats whilst Labour in Scotland faced being reduced to just 10 seats in Westminster.

Now comes the news that the poor polling Labour has seen in Scotland is becoming an unhealthy trend. According to the latest data, compiled by Panelbase for the pro-independence ‘Wings over Scotland’ blog, excluding don’t knows, when asked how Scottish voters would vote in the General Election, 45 per cent said the SNP, 28 per cent said Labour, 15 per cent said Conservatives, 7 per cent said UKIP, 3 per cent the Lib Dems and just 1 per cent said Green.

According to the Electoral Calculus website this would reduce Scottish Labour to just 13 MPs, whilst the SNP would up their representation to 46 on the basis of a uniform swing.

The numbers will heap further pressure on Ed Miliband with rumblings continuing over his leadership and hopefully serve as a wakeup call.

Faced with such pressure, Miliband and his team ought to admit to themselves that there is a substantial problem and recognise that for all the warm words he has failed to articulate a clear vision for the country.

Yesterday’s denial that there is a problem looks and sound unbelievable and gives the impression of the old style politician who will just sail on regardless of what everyone knows, namely that Labour is in deep trouble.

‘Predatory capitalism’, ‘One Nation Labour’ and the notion of standing up again vested interests have all at one stage or another featured in the language employed by the Labour leader, but on each occasion it has been followed by a deafening silence. What do these words actually mean?

Writing in the Guardian this morning, the former chair of the Parliamentary Labour Party Lord Soley notes wisely that “Labour’s problem is not so much its individual policies as the lack of an overall vision and a sense of direction for the country.”

He’s right. But sadly, as someone who enthusiastically supported Ed Miliband for the leadership of the party I have to admit that he has failed on this count and with six months to go until polling day, Labour’s fortunes look unlikely to change sufficiently to get Ed into Downing Street.

6 Responses to “Labour’s problems are chronic – is Miliband the answer?”