The case for slackening central government’s overbearing stranglehold on political decision-making is overwhelming. 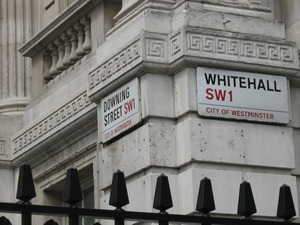 The recent Scottish independence referendum and the ongoing debate about the need for further devolution has shone a spotlight on the centralised nature of the British state.

‘Too many decisions made by London,’ was a common cry on both sides of the Scottish independence debate, and it’s starting to stimulate discussion about devolution in England, too. But by ‘London’ they really mean Whitehall.

When I’ve explained to overseas delegations visiting City Hall that the Mayor of London has to lobby and plead to central government for funding for individual transport projects they are, quite frankly, utterly amazed. Barely 7 per cent of all the tax paid by London’s residents and businesses is retained by City Hall and the local London Boroughs, with 93 per cent going to central government. In New York, for example, 50 per cent of taxes are retained locally.

Such an imbalance prompted the setting up of the London Finance Commission, which proposed a modest but important set of measures which would make London less reliant on central government grant and allow the Mayor, the Assembly and the boroughs to have more of a say over how taxes are raised and spent.

It would still see the Treasury control approximately 88 per cent of the overall tax base. But by devolving decisions around the setting of business rates, council tax and stamp duty to London, for example, it would allow Londoners to have more direct input over how their city is governed.

Introducing additional council tax bands could ensure those in multi-million pound London properties contribute their fair share towards the running of the city. It could allow income from stamp duty to be used to fund a programme of genuinely affordable social housing, for example, rather than seeing more and more of London’s precious land being used to build luxury apartment blocks that Londoners don’t need and the rich investors who buy them don’t even want to live in.

More of a say over investment could allow London to diversify its economy, from one that’s over-dependent on the financial and business services sector. We could embark on a revolution in green industries creating jobs in solar power, decentralised energy networks and waste recycling.

Rather than asking the chancellor for money, new transport infrastructure could be part-funded through levying additional stamp duty on property owners who enjoy a huge windfall profit purely on the back of public sector investment in new tube and rail lines.

On the delivery of services, too, we need more devolution. The NHS, education and training, and water and flood defences are all areas where London would benefit from more devolution, just as Scotland and Wales have benefitted.

Of course, simply devolving more and more powers to a one-person executive, whoever is Mayor, risks creating a democratic deficit as they inevitably have to hand more and more of the decision-making over to unelected advisors. My solution would be to give more of a role to the London Assembly.

At the moment the Mayor can appoint up to twelve advisors. I’d cut that to two and instead increase the size of the Assembly from twenty-five to thirty-five and allow the Mayor to form a proper cabinet from within the Assembly, to ensure more collective decision-making that was subject to proper checks and balances through the full Assembly.

My passion for devolution isn’t about London considering only its own self-interest and selfishly denying opportunities to other cities and regions, however.

On the contrary, if we want a more balanced approach to economic development across the country as a whole, to take some of the pressure off London and the south-east, and to create jobs and opportunities elsewhere then we need more devolution from Whitehall and Westminster throughout the country, not just in London.

Whether that would be to existing local government structures, bigger city regions or indeed wider regional Assemblies, the solutions will vary.

The exact structure is not going to be the same in every part of the country. But the case for slackening central government’s overbearing stranglehold on political decision-making is overwhelming.