Rampant and unjustifiable inequality is the biggest issue Britain faces, and he gets it. 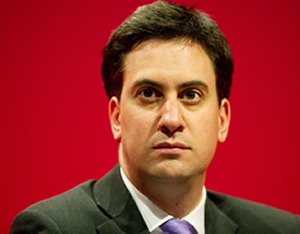 Rampant and unjustifiable inequality is the biggest issue Britain faces, and he gets it

Ed Miliband looks terrible eating a bacon sandwich. He should also get his hair cut with much greater regularity. Yet despite these obvious foibles, he understands the biggest issue of our age in a way that New Labour politicians – and for obvious reasons the heirs of Thatcher – do not. As Miliband put it in his Hugo Young Lecture earlier this year, “tackling inequality is the new centre ground of politics”.

Increasingly it is; and so it ought to be. Which is why Ed Miliband should be the person who leads Labour into the election next year, and why harking back to New Labour is not the answer.

The bubble of financial capitalism burst back in 2008. Ideas once considered clever are now recognised as at best cavalier and at worst callous and idiotic. Overbearing trade unions are not the problem: rampant inequality is. While the archetypal trust fund baby George Osborne lectures “shirkers” at the Commons dispatch box without a hint of irony, the 1 per cent are moving even further away from the rest of us – and pulling up he drawbridge as they go.

The five richest families in Britain now own more than the poorest 20 per cent combined. The middle classes too are falling behind. A property millionaire is created every seven minutes, mainly in London, turning what were once family homes into “investments” and “portfolios”. Meanwhile a million people had to use a food bank to eat last year and London is the unpaid internship capital of Europe.

All talk of social mobility against this backdrop is pure wind. The privileges of the parents almost always become the privileges of the children, hence why poor but bright children are being overtaken by their less intelligent classmates from wealthier backgrounds in the very first years of schooling.

Those who justify eye-watering levels of inequality on the basis that what really matters is equality of opportunity ought to ask themselves why we live in a country where the top professions are so dominated by those with cut-glass accents and that peculiar sort of fatuous self-confidence imbibed on the playing fields of Eton. Just 7 per cent of British children are privately educated, yet their alumni make up 33 per cent of MPs, 71 per cent of senior judges and 44 per cent of people on the Sunday Times Rich List.

For all his sometimes cringe-worthy flaws, Ed Miliband appears to get this. He understands that the most urgent task facing Britain today is not to hobble the trade unions or introduce further costly privatisation, but is to take on the pseudo-meritocratic consensus which confers eye-watering rewards and the top and revolting squalor at the bottom.

25 years ago this week a process was set in motion which ultimately ended communism and with it the Cold War. The annus mirabilis of 1989 resulted in an intellectual crisis on the left. If command economics were unable to keep pace with capitalism and produce the goods (quite literally) then what was left at the turn of the century but to embrace the capitalist triumphalism of Francis Fukuyama and his ‘end of history’?

And indeed many did just that. In part due to electoral expediency, but also because of a lack of any alternative, Tony Blair’s New Labour dropped any pretence of socialism and swapped the red flag for the red-in-tooth-and-claw free markets of its Tory opponents. And for all that New Labour were berated by the left for a supposed “betrayal’”of socialist orthodoxy, there were few options available for progressives at the turn of the 20th century.

However, unlike New Labour Miliband cares about the biggest issue we now face in Britain: rampant and unjustifiable inequality. This is why he should be the person to lead Labour into the election next year. It’s also why harking back to New Labour is not the answer.

24 Responses to “Ed Miliband might make you cringe, but if you care about inequality he’s the only option you have”