Chancellor George Osborne's has been slapped down by his EU counterparts and by the Financial Times over his claim to have halved the UK's £1.7bn EU budget surcharge. 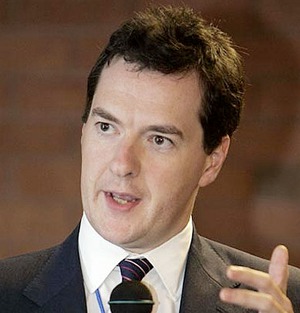 The rebate was ‘never in doubt’, says the Commission

Chancellor George Osborne has been slapped down by the EU Commission and by the Financial Times over his claim to have halved the UK’s £1.7bn EU budget surcharge.

The UK is now set to pay a total of £850m next year in two interest free sums rather than the original £1.7bn which was due by December 1.

Osborne spun the news yesterday as a “real result for Britain”.

Yet it appears Britain would have got back the money Osborne is claiming the credit for anyway, through the EU budget rebate – it has now simply been taken out of the sum Britain originally owed.

In its defense the Treasury is claiming that it was not clear that the rebate would have ever applied in full and they gained that assurance *only* after discussions with the Commission.

It is a shame for Mr Osborne, then, that this account is being flatly contradicted by EU officials. As the Mail is reporting, asked if the rebate had been in doubt, the EC vice-president said: “No, absolutely not.”

And an official from the Commission has now taken to Twitter to slam down the Tory Treasury over its rebate spin: 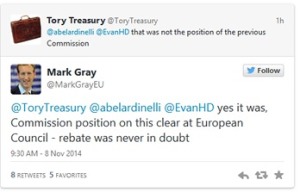 To repeat: the rebate was “never in doubt”. This means that Osborne’s claim yesterday to have won some kind of victory for Britain was, in the words of Ed Balls, “smoke and mirrors”.

This from Simon Wren-Lewis, economics Professor at Oxford, aptly sums up the failure of the British media to call Osborne out on this nonsense: 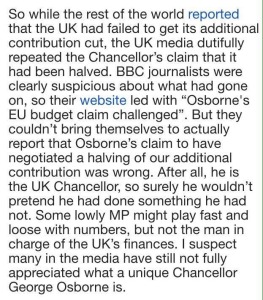