900,000 disabled people are waiting a combined 118,000 years longer than intended for assessments and decisions on crucial support. 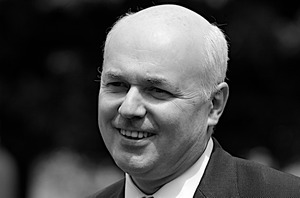 900,000 disabled people are waiting a combined 118,000 years longer than intended for assessments and decisions on crucial support

IDS has come to stand for Incompetence, Delay and Stigma at DWP. Cameron missed the last chance to reshuffle him in this government, leaving disabled people to continue bearing the brunt of his shambolic oversight of welfare reform.

Today, a debate on IDS’ new Personal Independence Payments (PIP) takes place. PIP was introduced from April 2013, replacing Disability Living Allowance for disabled people of working age. Through this change, the government planned to cut expenditure by over a billion in this parliament – mostly by reducing the number of people claiming.

The NAO have also highlighted that 74 days was DWP’s expected timeframe for providing PIP decisions, but 107 days was the average wait experienced by disabled people. An extra 33 days just to discover if you qualify for help under the new system.

DWP have also acknowledged that work capability assessments (WCAs) are similarly behind schedule. WCAs are for ill and disabled people seeking Employment and Support Allowance. Current delays for assessments are taking an additional eight weeks per person beyond the timeframe set out in the contract with assessors (of 35 working days).

580,000 disabled people waiting for these assessments would face a combined additional delay (beyond the estimated timeframe) of 32,480,000 days or 88,986 years.

This means DWP is admitting 900,000 disabled people are waiting a combined 118,000 years longer than intended for assessments and decisions on crucial support. 118,000 years would apparently take Earth back to the Pleistocene era and Neanderthals walking the planet.

For the purposes of today’s PIP debate, over three million people need to be assessed under government plans – and the assessments cost £127 million a year. In February, the NAO reported that PIP was delayed and £140 million ‘savings’ were looking unlikely. DLA/PIP expenditure is £1.7 billion higher for this parliament than DWP projected in 2010.

Rising delays leaving disabled people without sufficient support should concern everyone. Labour have slammed the delays, highlighting their connection to rising foodbank dependency.

The rising Tory welfare waste under IDS and Cameron should also concern us all. But while disabled people face long delays, Ministers continue to claim that PIP is running on time and budget.

It was IDS’ hero Thatcher whose government paved the way to introduce DLA. It’s somewhat ironic that the Iron Lady’s legacy has been undermined by ‘Pleistocene Man’.