Benefit fraud accounted for just 0.7 per cent of welfare spending in 2013/2014, according to new government figures published today. 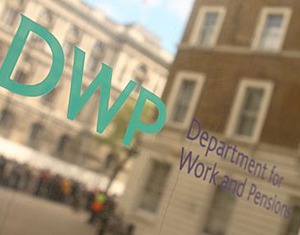 Benefit fraud accounted for just 0.7 per cent of welfare spending in 2013/2014, according to new government figures published today.

Meanwhile 1.3 per cent was overpaid through error (0.9 per cent in claimant error and 0.4 per cent in official error).

Latest estimates show £3.4bn of benefit was overpaid due to claimant error, fraud or official error in 2013/14. This is 2.1 per cent of benefit expenditure.

Peter Grigg from the Who Benefits? campaign said:

“The vast majority of people who receive support from benefits claim correctly and need this support because they are seriously ill or disabled, caring for a loved one, unable to find work or in work but struggling to get by on low pay. Where fraud is found it needs to be dealt with, but it accounts for less than one per cent of the total benefit bill.”

“Yet public perception of benefit fraud is 34 times higher than the reality. Our recent research revealed that hundreds of thousands of ordinary people experience discrimination and even verbal and physical abuse simply because they are supported by benefits.”

According to DWP statistics from February 2014, there were 5.3 million people on working age benefits. Research carried out by the Who Benefits? campaign found that 15 per cent of those receiving benefits had experienced verbal abuse because they are getting support, while 4 per cent reported that they had been physically abused.

And a total of 16 per cent said a landlord or letting agent had refused to let them a property and 18 per cent said they’d been treated less favourably by a potential employer or had difficulty accessing a bank account or financial services because they were claiming benefits.