We don’t need to go trawling through old manifestos and historic statements; it’s right there on their website. 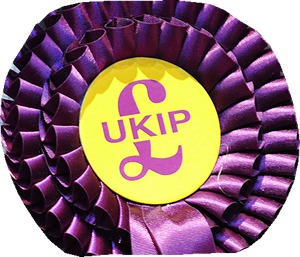 We don’t need to go trawling through old manifestos and historic statements; it’s right there on their website

The establishment’s UKIP strategy is failing, and failing badly.

Gaffe after gaffe have done nothing to dampen the party’s appeal, and the latest musical travesty won’t either.

You can expect to hear the phrase ‘more Tory than the Tories’ more and more over the next few months, and this has some value for Labour as a UKIP strategy.

It will work up to a point, but UKIP are likely to offer some lefty-sounding policies in their manifesto to defend themselves when campaigning in traditionally Labour seats.

The evidence base for ‘more Tory than the Tories’ is largely UKIP’s 2010 manifesto, historic statements from senior Kippers, as well as ad hominem attacks on members and donors.

This is a legitimate line of attack, but will be superseded when UKIP releases its next manifesto, which will undoubtedly be less obviously ‘Tory’ than the last.

However, hope is not lost. Instead of (or at least alongside) attacking UKIP for things they’ve disowned, Labour can attack UKIP’s current policies – and there is more ammunition here than you might think.

Making a positive case for immigration or EU membership is difficult to put on a leaflet or turn into a sound bite, but attacking these is simple enough:

UKIP want to create a whole new layer of politicians? I thought they were ‘anti-politics’? No. In fact, UKIP want to repeat the disaster of elected Police & Crime Commissioners, except rather than just one new politician for each area, they want a whole board. If we guess that these boards would be made up of around five to 10 people in each of over 80 counties/unitary authorities, that’s between 400 and 800 more politicians.

A vote for UKIP is a vote for more top-down reorganisation of the NHS and more taxpayer money spent on politicians’ salaries.

2) ‘Immigrants must financially support themselves and their dependents for 5 years. This means private health insurance (except emergency medical care), private education and private housing – they should pay into the pot before they take out of it’

So UKIP want to starve the NHS of the millions it receives every year from charges to patients from overseas? In 2010-11, Great Ormond Street hospital alone took in in over £20 million in charges to foreign patients. Under UKIP, all of that money would go into private hands.

What else would it mean? Clogged up A&E departments, ambulance services put under even more strain and millions wasted as EU migrants wait until they need emergency care to get treatment. Worse still, for all Farage’s fears about immigrants bringing in HIV, exemptions for communicable diseases would be scrapped. Vote UKIP, get ebola.

Yep, I’m going to use that word. This is a racist policy and a new spin on a longstanding BNP commitment. Discriminating against someone because their grandparents weren’t born locally means discriminating against the vast, vast majority of black people in this country, and the vast majority of people of Asian descent. Grandparents were Jewish refugees? No housing for you.

It would affect many people identifying as ‘White British’ too, causing huge damage to the economy as people in settled jobs in one part of the country have to quit and move to another area to access housing.

Skin colour doesn’t have to be in the wording of the law for it to be racist: if the reality is that virtually all BME citizens are discriminated against in access to housing, there’s no doubt in my mind. I don’t think the vast majority of UKIP supporters are racist. I don’t even think Nigel Farage is a racist, despite those comments about Romanians. But this is a racist policy, and we should let people know.

These aren’t the typical left-wing attacks that UKIP is used to brushing off, or the hubristic dismissals we are used to hearing from the right. These are calm responses to ridiculous policies that voters of all persuasions will want to hear. They shatter the illusion of UKIP as the party of ‘common sense’. They are the party of extra politicians, communicable disease, private healthcare, private education and discrimination.