The only way to see off anti-EU and extreme right-wing parties is to start a debate about a radical new direction for Europe. 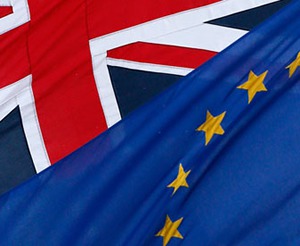 The free market fulminations of Angela Merkel, Jean-Claude Juncker and Jose Manuel Barroso over Conservative and UKIP politicians daring to call for controls on EU migrants is sadly often echoed by those on the left, centre and greens. They hold their hands up in surrender at any proposals to change the EU Treaties to allow nation states to regain control of their borders.

They have become brainwashed into chanting that the free flow of goods, services, money and people has the unchallengeable, carved in stone permanence of the Ten Commandments. It will thus never be overturned by European member states. Ironically this is a ghastly example of kowtowing to Margaret Thatcher’s most corrosive legacy TINA- there is no alternative.

Such a stance completely ignores the huge rise in pan-European public support for parties wanting to take back control of their borders to limit migration. The Labour and the Greens have been wrong footed by this and shown themselves out of step with public opinion by their support of open borders to the free flow of people.

The only way to see off the otherwise inexorable rise of anti-EU and often extreme right-wing parties is to start a debate about a radical new direction for Europe.

The latest pro-free market argument of ‘shut up, support open borders or it’s Brexit’ must also be challenged as it denies the possibility of a return of public support for an EU with a very different end goal. Non-market fundamentalist parties like Labour and the Greens must promote alternatives to the failings in the European model, but in a way that takes the public with them.

Their present support for the free flow of people is undemocratic, as it ignores the wishes of the majority, increases pressure on overstretched public services and is deeply non internationalist. Look at how the rich countries of Europe have stolen a third of Romanian doctors and how the UK is scouring poorer countries for staff to prop up the underfunded NHS.

What they should be calling for is a more progressive Europe that would allow countries to limit cross border flows not just of people, but also of money goods and services. This would allow countries instead to prioritise the protection and rebuilding of local economies and so provide a secure future for its people.

This is not such a huge step since free trade critics amongst the left and the greens correctly identify the underlying cause of today’s economic, environmental and social malaise as economic globalisation.

Yet they have with no detailed ideas or programmes on how to tackle the entrenched worship of international competitiveness and export-led growth. Today’s open borders in the EU are the interconnected, joint battering rams of neoliberalism and unless all are tackled at once the powerful will continue to increase their grip on the world’s share of wealth.

Indeed it is the EU’s open market that is rarely recognised root cause of the present European crisis. It allowed for example German banks to lend to Greeks to import German cars they couldn’t afford, and then the national debts that resulted are being dealt with by taking money from pensioners and the less well-off.

Meanwhile, the flow of migration and the inability of countries to control their borders under the single market are increasing tensions across the continent.

So the key is to address these downsides of the free flow of money goods, services and people. This will be helped by the fact that people aren’t just worried about uncontrolled EU immigration. Concern is also growing about the free flow of foreign capital buying up for example domestic housing, about foreign service companies pushing for privatisation of the NHS and the loss of UK industry to cheaper labour countries in the EU.

So what is to be done?

Political activists and Labour and the Greens should immediately begin discussions with their political partners in Europe, themselves under pressure from the extreme-right over immigration, to work to curb the EU’s open markets.

Replacing that with an emphasis on rebuilding local economies, rather than forcing all countries into a competitive race to the bottom, will be popular with the public and have the additional advantage of dramatically lessening the need for people to emigrate in the first case.

In short what is required is to change the Treaty of Rome into a Treaty of Home, thereby transforming the EU from an anathema to a positive answer to voters concerns. Cross border issues like responding to Putin and the Middle East, climate change, pollution and crime would still require intra-European cooperation and so would become the main purpose of a newly popular European Union.

Such a sea change is likely to happen first in Europe as its populous has become the first to vote in ever larger numbers for parties opposing one aspect of open borders -the free flow of people. Those not wanting to see the growing power of such right-wing parties should consider urgently starting a debate about the need for ‘progressive protectionism’ policies that allow local economies to flourish.

This would have advantages beyond our European shores. There is already growing worldwide opposition to the rising inequality inevitable under globalisation. To build on this requires rejecting an international open borders trading system that accelerates inequality and instead turning to an approach that increases economic security across the globe.

Colin Hines is the author of Progressive Protectionism, published this winter