The UK has too many poorly performing workplaces, according to a new report. 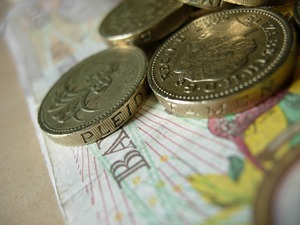 The UK has too many poorly performing workplaces, according to a new report

On October 23, the Smith Institute launched a report entitled ‘Making work better: an agenda for government‘ – an independent inquiry into the world of work by Ed Sweeney.

The report, which runs to over 100 pages, is the product of a nine month inquiry involving research, interviews, discussion events around the UK as well as opinion polling.

It sets out the argument that the UK has too many poorly performing workplaces, with poor treatment of workers who Sweeney’s report states are “underpaid, over-worked and ignored”.

The report also argues that the UK has a “long tail of broken workplaces” which are holding back the recovery and costing the country billions in lost income and in the payment of welfare benefits to those out of work but also to those workers eking out a living in low paid, precarious and agency work.

The report has been welcomed by Labour, the TUC and EEF (the manufacturing employers’ organisation), who were all represented at the report’s launch: shadow business secretary Chuka Umunna for Labour; general secretary Frances O’Grady for the TUC and Judith Hogarth, head Of employment policy of the EEF

Sweeney’s report highlights the UK’s poor performance on a range of indicators, including:

The report also recommends that the government should amend the Information & Consultation Regulations to giver workers a stronger voice and bring the UK into line with other EU countries.

The ICE Regulations are barely used by unions to establish these structures as they are dauntingly complex and unions usually face open hostility from some of the worst employers who do not wish to hear the views of their workers, never mind consult with them.

The report makes a series of important recommendations, including a new mandate for the Low Pay Commission to increase the national minimum wage towards 60 per cent of the median wage; a target for government of lift one million workers to the living wage by 2020 and, interestingly, a requirement on the government to promote the positive role trade unions play in achieving fair pay and giving ACAS the power to promote collective bargaining and good employment relations.

Speakers pointed out that this was always ACAS’s role (it was the Major government who scrapped ACAS’s role in promoting collective bargaining) and it would require significant political and financial support.

On the role of trade unions, Chuka Umunna said in his remarks:

“The report is right to highlight that trade unions have an important role to play here in boosting training, pay and conditions for their members and helping Britain win that race to the top.

“At a time of rapid global economic change and a cost of living crisis at home, it is vital that the UK continues to have strong and modern trade unions as a genuine voice fighting against discrimination and abuse.”

Building on Ed Sweeney’s report, Chuka Umunna also announced the setting up a further review of Labour’s policies in regard to the world of work, to be lead by John Monks, former head of the TUC and the ETUC, Douglas McCormick, former MD of Atkins UK Rail and Alison Downie, head of the Employment Department at Goodman Derrick LLP.

Frances O’Grady hit the nail on the head at the launch when she said:

“With so many facing stagnant pay and too many new jobs made insecure through zero-hours contracts, agency working or low value self employment, we won’t fix the economy without fixing the workplace.”

Labour has to recognise that in order to win the election and win back working people, there is crying a need to promote clear policies to end low paid and low skilled work; but also to end exploitation, firmly regulate precarious work and create decent employment in decent workplaces.