The Alice in Wonderland economics of nuclear power. 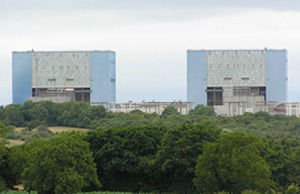 The Alice in Wonderland economics of nuclear power

There are so many things I could write about yesterday’s shameful decision by the European Commission to approve the coalition government’s plan to hand over £17.6bn to EDF to build a 1970s style nuclear power station at Hinkley Point.

But the overwhelming sentiment felt by many who have watched this saga is just how extraordinarily disingenuous the advocates of new nuclear have had to be to get this far; and what a shockingly bad and expensive deal it is for the British taxpayer and energy bill payers.

If anyone needs further evidence of why so many people don’t trust politicians to keep their promises, have conviction behind their arguments, or demonstrate fresh thinking and leadership for real change, then this is it.

Consider this; the Conservative Party’s manifesto at the last election signalled their desire to build new nuclear power stations “provided they receive no public subsidy”. The Liberal Democrat manifesto said that the party would “Reject a new generation of nuclear power stations; based on the evidence nuclear is a far more expensive way of reducing carbon emissions than promoting energy conservation and renewable energy”.

The Coalition Agreement highlighted this difference of opinion, but indicated new nuclear power stations might be built “provided that they receive no public subsidy” (those words again). It promised that Lib Dem MPs would abstain in relevant votes.

Then last year, after three years of being locked away in Whitehall bunkers with their coalition partners, the Lib Dems performed a spectacular flip-flop, and officially became pro-nuke. I was at the Liberal Democrat conference last year and saw Ed Davey offer a sincere promise to disgruntled party activists; “There will be no public subsidy”.

The government’s contract with EDF locks us into a set price for electricity for the next 35 years. And goodness, what a price: twice the current market rate. It guarantees EDF a 10 percent return on investment over the period. Nice work if you can get it; all paid for by poor old energy consumers.

And if this kind of hand-out is not a subsidy, then I don’t know what is. In fact, yesterday’s decision by the European Commission to approve the deal confirmed it to be a subsidy; just one that they reluctantly agreed, after fierce lobbying by the UK, to be compatible with “state aid” rules.

Proponents of nuclear power should at least have courage of their convictions and be honest about this, rather than try and dupe the electorate and bill payers through wordplay.

It’s right to give public subsidies to support new clean technologies with environmental benefits. But nuclear fails on both counts – it leaves a mountain of waste for countless future generations, and is still no cheaper than it was six decades ago.

For solar and wind, subsidies are needed to bring them to market, and deliver at scale as quickly as possible, bringing costs down. It’s working: the cost of some renewable technologies has fallen by 30 per cent in the last year.

Both solar and on-shore wind are expected to reach cost parity with fossil fuels here in the UK within the next decade or so. At that point, subsidies will no longer be needed, and renewables will be winning on raw economics alone.

The prize of cheap renewables is so large that the sensible thing would be for the government to be doing everything it can to make it happen. Subsidy is worth the short-term cost. But it has not worked for nuclear – and we are already paying a huge price: dealing with nuclear waste alone is already costing us £70 billion. Instead of 35 more years of subsidy it is time to pull the plug on new nuclear.

And where are Labour? So far, they are part of the cosy Westminster consensus supporting new nuclear power.

As the madness of the Hinkley deal unravels over the next few years – as it surely will – it will sit very badly alongside Ed Miliband’s promise of an energy price freeze, and Caroline Flint’s recent and very welcome promises to tacking the scandal of fuel poverty through energy efficiency schemes.

It’s been estimated, for example, that the vast majority of homes in the country could be brought up to Energy Performance Standard C, supported by interest free loans to householders, at a cost to the taxpayer of just over £2billion per annum. This would make a real different to the health and wealth of millions of low income households.

The Hinkley deal, in contrast, takes money away from these same households and gives it to EDF – for the next 35 years.

Thankfully, it’s far from over yet. Austria has announced it is going to challenge the deal in the European courts (hardly known for their agility), and it is highly likely renewable energy companies will do the same.

Labour should take this opportunity to pause and think very carefully about which side of the debate it wants to be on in the years ahead; on the side of consumers, or EDF and the Alice in Wonderland economics of nuclear power.

For a full briefing on why Friends of the Earth opposes the building of new nuclear power stations see here.