Labour could propose a tax to save the NHS and people would pay it. So what's the problem? 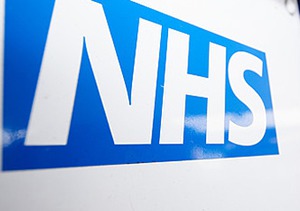 Labour could propose a tax to save the NHS and people would pay it. So what’s the problem?

These aren’t easy questions to answer. Britain today is a place where living standards are falling and secure and decently-paid jobs are harder to come by; where for many the chance of securing a decent home – be it social housing or mortgaged housing – is diminishing; where the NHS is slowly disintegrating and where we and our relatives face a frightening and expensive old age ‘cared’ for by underpaid and often resentful staff.

It’s almost a cliché to observe that mainstream politics has so far failed to provide any kind of light at the end of the tunnel, with nothing on offer but the Tories’ brutal austerity or Labour’s austerity-lite.

As many have pointed out, this lack of hope fosters the darker side of nationalism and the politics of hate pedalled by UKIP.

But it doesn’t have to be like this. In the NHS, Labour has a chance to inspire hope and to markedly improve people’s lives.

When asked what makes us proud to be British, one of the most common responses is ‘the NHS’. An Ipsos Mori poll commissioned by Channel 4 in 2012, for example, asked people to pick from a list the two or three things that made them most proud to be British: the NHS came second, after ‘our history’. In 2013, the NHS topped a poll of icons that make people proud to be British.

And we are right to be proud, not just because it’s morally right that healthcare shouldn’t be the preserve of the well-off but also because, for the moment anyway, the NHS is one of, if not the, best healthcare system in the world in terms of quality, access and efficiency.

In particular the difference between the NHS and the privatised US healthcare system is striking: on average each American spends two and a half times as much on healthcare as those in the UK yet US citizens have a significantly lower life expectancy.

But the NHS faces unprecedented challenges. These are well known. We have an ageing society where people live longer, work – and thus pay tax – for a smaller portion of their lives and require more care. Instead of meeting those challenges, the coalition has cut the number of qualified nurses, spent £3 billion on an unnecessary reorganisation and enforced £20 billion of ‘efficiency savings’ over four years which has left many hospitals facing financial crisis.

The effects? A survey in February found that 57 per cent of nurses believe that wards are ‘dangerously understaffed’. In 2013 the BBC reported that A&E departments are understaffed by an average of 10 per cent. In April Britain’s leading obstetrician said that it was legitimate to ask whether understaffing of maternity wards was contributing to current rates of baby death and brain damage.

Labour’s proposed solution is a mansion tax, a new tobacco levy and a tax avoidance clamp-down. These measures are projected to raise £2.5 billion in their first year and that wouldn’t even be the first year of a Labour Parliament. Compare this with the £30 billion deficit that NHS England is forecasting by 2020.

There is a further problem with the mansion tax: by definition it only raises money from the wealthy, and that money is earmarked for the NHS (it’s irrelevant that money is fungible, it’s the spin and public perception that matter.)

Given the movement towards taking the poor out of earnings-related tax altogether (while off-setting gains with cuts to benefits, of course), Labour risks giving the right the political space to argue that ‘hardworking taxpayers’ (i.e. the rich) pay a disproportionate amount for a health service that everyone can use but to which a decreasing number of people contribute.

The public want a world-class health system that is free at the point of entry and they are willing to pay for it. A recent poll by ComRes found that 49 per cent of people would pay more tax to help fund the NHS, 33 per cent would not be ready to do so and 18 per cent did not know. This willingness to contribute more to the health service is the highest in ten years.

Given the need for funds and the public willingness – desire, even – to pay, it would be extraordinary if Labour didn’t propose a tax to save the NHS.

And yet this is exactly what Ed Balls has refused to do, stating last month that “I want to do whatever it takes to save the NHS under a Labour government, but I am not proposing any tax rises”.

The naysayers will balk at the prospect of Labour discussing a tax rise, but if Labour cannot propose and promote a small increase in contributions to save a national icon, the party is no longer fit for purpose.

The rhetoric needed to rouse and enhance support for this policy almost writes itself. In 1945, the British public gave their support for a national health service free at the point of use that would be funded by the British people. For over 65 years that service has been world-class.

We now find ourselves in a similar position to the British public after World War II. The needs of our changing society are such that we have to be as pioneering as we were in 1945.

That will involve innovation, for example by bringing together health and social care, but it will also need the support and contribution of the public. Not much extra, just a little bit each, but that little bit from everyone means that we can once again be proud of creating a world-class health service that we all own and all benefit from.

69 Responses to “Forging a new NHS from the ashes: Labour’s chance to rebuild a British icon”