Britain's triple A credit rating would be better protected under a Labour government than under the the Tories. 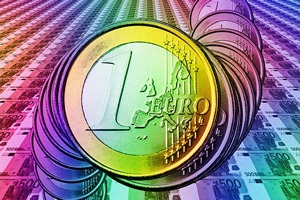 Britain’s triple-A credit rating would be safer under a Labour government than under the the Tories, according to one of the leading credit ratings agencies.

The biggest threat to Britain’s credit rating was the risk of leaving the European Union, rather than the state of the public finances, according to Standard and Poor’s.

As the Times reports today (£):

‘Standard & Poor’s said the biggest threat to Britain’s rating was not the state of the public finances but the risk of leaving the European Union. Labour has pledged to remain in Europe, but the Tories are promising a referendum in 2017 if they win the election.

‘Asked if Labour’s spending plans, which allow up to £28 billion more borrowing a year than the Tories, would jeopardise the UK’s rating, Moritz Kraemer, chief sovereign ratings officer at Standard & Poor’s, said: “Whether it’s faster or slower, we have no strong opinion — so long as the general direction of travel is sustainable.”

‘He added: “In the UK, we are more concerned about the European Union referendum.”’

S&P is the only major ratings agency not to have stripped the UK of its gold-plated AAA rating when the economy entered a period of prolonged stagnation following chancellor George Osborne’s ’emergency budget’.

In June, S&P warned of two big risks to the UK’s credit rating.

The first was “if we believed net general government debt was going to reach 100 per cent of GDP”.

The second was “a material weakening of the governance and institutional environment, and policy implementation capacity, for example as a reaction to polarising political conflict over the UK’s role in Europe”.

‘Labour’s plans are not expected to push the national debt anywhere near 100 per cent of GDP.

‘The second risk is more of a threat if the Conservatives win the election, Mr Kraemer indicated, as it was the only party committed to a referendum on remaining in the EU.’

‘Mr Kraemer said yesterday: “Being a member of the EU bestows the UK with multiple benefits. It is a very attractive place for investors, and not just in the financial sphere.

‘“If it splits with the EU, it’s not clear what benefits will remain. You cannot be sure what the relationship would look like.”’