With so many Scottish voters going to the polls, there could be a spillover effect resulting in higher turnout levels in future elections. 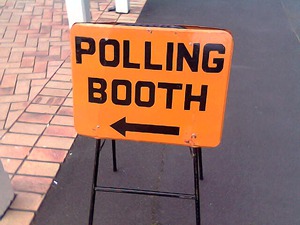 With so many Scottish voters going to the polls, there could be a spillover effect resulting in higher turnout levels in future elections

On Thursday people in Scotland are set to make one of the biggest political decisions of their lives. How important this vote is to the Scottish public couldn’t be better highlighted than in the record number of those in Scotland registered: nearly 97 per cent (4.29 million) of the total population aged 16 and over.

The knock on effect of so many people participating in the referendum can have a tremendous impact on democratic life in Scotland. At IPPR we’ve found that not only has election turnout declined over recent years, but it’s increasingly becoming unequal as younger and less affluent citizens remove themselves from the electoral process.

Voting matters because politicians are more likely to respond to the interests of those who turn out to the polling booths. The less young and poorer citizens go out to vote, the less politicians listen to them, creating a viscous cycle.

There are positive signs that this referendum will carry a number of Scots into the electoral process, many of whom may have not voted before. The turnout rate for the independence referendum is expected to be extremely high – with Alex Salmond himself predicting somewhere around 80 per cent.

The same YouGov poll shows that nearly 86 per cent of people aged 16-24 will be voting (compared to 94 per cent of over 60s) while there will be virtually no difference between people of different occupational classes (92 per cent of ABC1 vs. 89 per cent of C2DE).

But this impact could last well beyond the referendum. In our report we also found that voting is habitual. In other words, if you do it once you’re very likely to do it again. With so many Scottish voters likely going to the polls there could be a spill over effect resulting in higher turnout levels in future elections (whether that be as part of the UK or in an independent Scotland).

There’s already some indication that the independence debate has had some effect. The below table compares the likelihood of individuals voting in the 2015 election by age group between England and Scotland (data are taken from the 2015 British Election Study conducted between May-June 2014).

It’s quite possible that the intense debate over independence has awoken greater political engagement north of the border.

It is worth noting that these figures are of course indicative of what may happen in May 2015. In addition to this referendum, voters are more likely to feel further empowered than compared to a general election given the high stakes involved. This has become especially more relevant as the polls have narrowed in the last few weeks.

But such extreme differences between Scotland and England in the data show that public political engagement may have been reinvigorated as a result of the referendum. And this, coupled with so many exercising their voting rights for the first time on Thursday – or for some at least in a very long while, may encourage Scottish citizens to continue voting in high numbers for future elections.

Watching the turnout rates between England and Scotland in 2015 may be just as interesting as watching party results.