The latest set of quarterly tribunal statistics confirm the ongoing evisceration of workers’ access to justice by the Coalition. 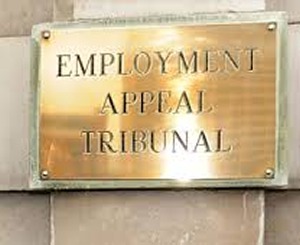 As if further proof were needed, the latest set of quarterly tribunal statistics – released by the Ministry of Justice this morning – confirm the ongoing evisceration of workers’ access to justice by the Coalition’s hefty, upfront employment tribunal fees, introduced in July last year.

For the third quarter in a row, the number of new cases is down by some 65 per cent, compared to a year ago. Over the nine months October 2013 to June 2014, just 15,750 employers had a case brought against them, down from 44,000 in the nine months immediately prior to the introduction of fees.

Think of it this way: on average, each of the UK’s 1.2 million employers now faces just one employment tribunal case every 58 years.

Having initially claimed – to gales of hollow laughter – that this dramatic fall in the number of cases was no more than a long-term downward trend, ministers have in recent weeks changed tack. They now acknowledge the scale and suddenness of the decline, but maintain that this is no cause for concern because all the thousands of cases ‘lost’ to fees are vexatious or spurious claims that should not have been brought anyway.

This is not an argument that is susceptible to disproof by analysis or chart – you are either stupid and/or gullible enough to accept it, or you are reasonably intelligent and know that it is simply implausible. Prior to the introduction of fees, not even the wackiest of the employer lobby groups ever suggested that 65 per cent of all cases were vexatious or spurious.

The simple truth is that women subjected to pregnancy discrimination are deciding not to spend up to £1,200 to pursue their (former) employer at a time when their outgoings have gone through the roof, and vulnerable workers subjected to wage theft are similarly deciding not to throw up to £390 of good money after bad. The fees regime is nothing less than a charter for dinosaur and rogue employers, and the case for reform is overwhelming.

So it was very good to hear the shadow business secretary, Chuka Umunna, tell the TUC conference on Monday that the next Labour government will scrap the fees regime and “replace it with a fairer system to ensure that affordability is not a barrier to seeking redress in the workplace”.

This was the first public expression by a shadow cabinet minister of the revised wording on the fees in Labour’s ‘work & business’ policy document, negotiated by NEC member Johanna Baxter at the national policy forum in July. The final version of that document – which hit the inboxes of the party rank and file this week – states:

“The current employment tribunal system, which charges workers for taking their employers to court is unfair, unsustainable and has resulted in prohibitive costs locking people out of the justice they are entitled to. Labour will introduce a system where affordability will not be a barrier to workplace justice … The next Labour Government will reform the employment tribunal system to ensure that all workers have proper access to justice.”

It’s fair to say that Umunna’s comments to the TUC initially caused some bemusement, even alarm, among trade unionists and employment lawyers. Was he pledging to replace the fees regime, or – as the Daily Telegraph reported – the entire employment tribunal system?

However, such jitters are groundless. While Umunna and his shadow business team are certainly open to ideas on how to make the system as a whole deliver more for claimants, respondent employers and taxpayers, the system as a whole is not at risk of abolition. It is the Coalition’s fees regime that is destined for the policy scrap heap, should Labour take office next year.

Which is not to say there would be no fees under Labour. Indeed, Umunna’s comments tend to confirm my view that those pressing for outright abolition of fees are heading for a disappointment.

While net fee income is currently as little as £7 million per year, even that sum would be hard for newly installed ministers to find from elsewhere in their budget (as the Treasury would no doubt insist they do). And restoring effective access to justice would of course increase the number of cases, and so raise variable operating costs – which have shrunk by as much as £34 million per year under fees.

So, not only would Labour’s “fairer” fees regime have to ensure effective access to justice, but it would also need to cover one or more potential holes in the Ministry’s deficit reduction-compliant finances.

Fortunately, there are any number of ways in which that could be done. I have previously floated one possible model, based on nominal issue and hearing fees for both claimants and employers (to defend a claim) and a heftier ‘losing’ fee for those employers found by a tribunal to have breached the law.

But others would no doubt want to do things differently. I get the strong impression that Umunna and his team are now receptive to all such ideas.

Those who want to restore workers’ access to justice through the tribunal system need to put their thinking caps on. And they need to do so now.