Leftwing antisemitism is anything but a new phenomenon, says Daniel Hannan. The same could be said of Hannan’s own side of the political divide. 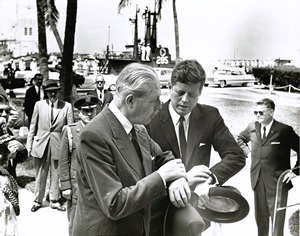 Leftwing antisemitism is anything but a new phenomenon, says Daniel Hannan. The same could be said of Hannan’s own side of the political divide

Dashing through the Reich, killing lots of Kike; that particularly loathsome couplet forms one line in a catchy little number reportedly popular at Oxford University Conservative Association piss-ups a few years ago.

No-one expects undergraduate drinking song lyrics to conform to the highest standards of political correctness, or even the minimum norms of good taste, come to that.

But this one – I’m guessing from the meter that it runs to the jaunty tune of Jingle Bells – is patently as nasty as they get.

Presumably the ditty was not current among the future leadership cadre of Britain’s main party of government when Daniel Hannan was OUCA president in the early 1990s.

I say that because Mr Hannan, currently a Tory MEP, and something of a poster boy for the eurosceptic right, is unwavering in his determination to root out antisemitism wherever he finds this archaic prejudice.

And the main place where he does find it is on the left, as he makes clear in a recent blog post on the Telegraph website.

By stringing together multiple quotes by historical figures ranging from Marx to Hitler – in Hannanland, you see, Hitler was a socialist – he tries to establish that a propensity to this vile prejudice forms part of the our common political inheritance.

Generously, he does concede that progressive opposition to Israel’s brutal onslaught on Gaza should not automatically be equated with a racist attitude towards Jews. However, this is, if nothing else, an easy mistake to make.

‘Supporters of Israel can be too quick to make the elision,’ he tells us. ‘Then again, they have understandable cause.’

Read the piece yourself. Hannan’s tactic is to select sayings from any long-dead arbitrarily-chosen individuals that come to hand, including ideologically eclectic oddballs who could just as easily be pegged as rightists rather than leftists, and then sit back and chalk up QED.

Yet somehow, he is strangely unable to cite a single significant thinker on the contemporary mainstream left who would use such words today.

The most he can hang on us is that a bunch of unknown Occupy activists have been filmed regurgitating Jewish banker conspiracy theory nonsense on homemade placards, while an obscure pro-Chavez Venezuelan publication of which nobody had previously ever heard once ran a dodgy article. Newsflash; neither of these cases is remotely representative, Daniel.

What is more, the same methodology could just as well be applied to Hannan’s own side of the political divide. For most of the previous century, the Conservative Party harboured not just antisemitic individuals at the highest levels, but organised antisemitic currents among its rank and file.

Organised antisemitism in Britain began with the British Brothers League, which from 1902 onwards mobilised the population of East London against Jewish immigrants seeking safety from the pogroms in their home countries.

It’s leaders included two Conservative MPs, Major Sir William Evans-Gordan and Howard Vincent; its actions laid the ground for such mercifully minor successes as the British Union of Fascists, the Union Movement and the National Front were to enjoy in the East End in the decades that followed.

If you want chapter and verse on antisemitism in 1930s Toryism – not to mention its frequent overt enthusiasm for fascism – look no further than Richard Griffiths’ excellent 1980 book Fellow Travellers of the Right.

To take just one example – and there are many, many more – Conservative MP Archibald Maule Ramsay headed an explicitly antisemitic organisation that went by the name of the Right Club. That’s right, Daniel; the Right Club, not the Left Club.

Its aims were to ‘oppose and expose the activities of organised Jewry’, including alleged Jewish control of the Conservative Party.

Conservative prejudice against Jews run up to world war two was not confined to the wingnuts, either. As even sympathetic reviewers point out, biographers of future prime minister Harold Macmillan show up the man’s almost casual antisemitism.

The most notorious example is Macmillan’s putdown of Jewish cabinet colleague Leslie Hore-Belisha as ‘Horeb-Elisha’, a reference to the mountain on which the Ten Commandments were handed down to Moses.

Macmillan and other senior Tories, including Viscount Cranbourne, eventually forced Hore-Belisha out of office in 1940, in the belief that his support for the war was primarily premised on his support for fellow Jews.

In the postwar period, Andrew Fountaine came within a few hundred votes of delivering Chorley to the Conservatives in the 1950 general election, despite giving a speech at party conference only months before, deriding the number of Jews with prominent positions in British public life.

His name may be familiar if you have read any of the literature on British fascism; Fountaine later become part of the central leadership of the National Front.

In more or less the same period, another organisation that wound up as part of the NF – the heavily anti-semitic League of Empire Loyalists – functioned as an unofficial ginger group inside the Conservative Party.

The British Brothers League, the Right Club and the League of Empire Loyalists were never mass forces, of course. The point is that in all cases, their originators found within the Conservative Party a sympathetic milieu in which to grow.

To the best of my knowledge, there are no counter examples of organised antisemitic tendencies of this kind inside the Labour Party, the British labour movement, or even the Marxist left.

Nor is Tory antisemitism entirely ancient history. As late as 1982, the oafish and odious Alan Clark was confiding in his diaries about the sport to be had by indulging in public Jew-baiting during the ennoblement of Sidney Bernstein, who declined to take the Christian oath.

Meanwhile, Supermac was to pop up again in the Thatcher years, famously branding her cabinet ‘more old Estonian than old Etonian’, by way of a less-than-subtle dig at the ancestry of Nigel Lawson, Leon Brittan and Michael Howard.

Much has changed since then, of course. The Colonel Blimp element in local level Conservative Associations is dead and buried, and David Cameron has made genuine efforts to distance the Nasty Party from UKIP-style fruitcake racism.

Yet knowledge that Tory students drunkenly extol the pleasures of ‘killing lots of Kike’ underlines that the brand is some way from detoxification yet.

Admittedly, holding them up as indicative of the mood in the party as a whole is unfair; just about as unfair as Hannan’s attempt to portray a bunch of New York trustafarian stoners as typical lefties, in fact.

To flip his blog post title back at him, rightwing antisemitism is anything but a new phenomenon, either.

80 Responses to “The antisemitic traditions of the Tory Party”