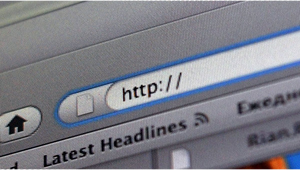 No sooner had US journalist James Foley been killed by British jihadists and footage of his brutal murder uploaded to social media than there were calls to increase censorship of the internet. “We must give ourselves all the legal powers we need to prevail,” the Home Secretary wrote in the Telegraph, adding that 28,000 pieces of ‘terrorist material’ had been removed from the internet so far this year.

Twitter meanwhile acted to block tweets of Foley’s killing and to ban users who suspend or ban users who shared stills or footage, no doubt partly at the behest of the UK and US government.

This is part of a growing trend. In March, James Brokenshire, the Conservative Minister for Immigration and Security, said the government was looking to control online material “that may not be illegal but certainly is unsavoury and may not be the sort of material that people would want to see or receive”. Likewise, in late June, a Downing Street spokesman said that since December 2013, the UK government had removed 15,000 items of ‘jihadist propaganda’ from the internet.

If we assume the nation’s spies work a five-day week, this equates to around 40 items being consigned to, presumably permanent, oblivion every single working day; a staggering amount of material.

Even if we oppose the contents of these works and their authors’ totalitarian and intolerant ambitions, there is something frightening about this large-scale, systematic, secretive, bureaucratic destruction of human knowledge by a supposedly liberal society, conducted largely in secret and with little transparency on what is being removed.

Practically too, there is little evidence that destroying knowledge is effective in stopping the spread of ideas. For every successful burning – such as the Caliph Uthman’s destruction of variant versions of the Quran in circa 650 AD – there are many more unsuccessful ones. Repeating burnings of ‘heretical’ Catholic, Protestant and Jewish texts throughout pre-modern Europe rarely dealt more than a passing blow to these movements; state censorship is likely to be even less effective in the age of the internet as well as giving these works the glamour and lure of a forbidden fruit.

Moreover, censorship is likely to set back our struggle against Islamist terrorism. How can an ideology be understood and countered, if we are not allowed to read its primary materials? During WW2, English translations on Hitler’s Mein Kampf remained available in the UK and the US. The benefits of knowing the enemy was understood to be greater than the risks of a few misguided people adopting Nazi ideology.

A case in point is Churchill, who had himself already read a translation of Mein Kampf in 1933. This enabled him to independently form a clear view of Hitler’s agenda at a time when the Foreign Office and other ‘experts’ were arguing that Hitler had only limited territorial ambitions: “We have only to read Herr Hitler’s book, Mein Kampf, to see that the French are not the only foreign nation against whom the anger of rearmed Germany may be turned”, he wrote in a 1935 article ‘The Truth about Hitler’.

If our government denies us access to the primary source material of our enemies, and seeks to establish a monopoly on its interpretation, where will such understanding come from in future?

Like Nazism, Marx’s ideology was not consigned to the dustbin of history by the burning of Marxist books by Nazis and a variety of other right-wing regimes; Marxism was exposed as junk pseudo-science after being put into practice his followers and simultaneously deconstructed by his critics (including many ex-followers). How can the similar deconstruction of jihadist ideology begin when the texts are being censored, even from would-be critics?

In the end jihadism will die when its ideology is exposed and discredited, necessarily by Muslims themselves; this cannot be done by drone strikes, military interventions or seeking to delete every pro-jihadist tweet from the internet. Even Cressida Dick, responsible for counter-terrorism at London’s Metropolitan police, has said that jihadi videos from Syria, while sometimes encouraging jihadist recruitment, are deterring other would-be volunteers; censoring footage of jihadist atrocities, the inevitable fruit of Islamist ideology, makes as much sense as censoring images of Nazi crimes.

More disturbing still, our government’s lunge for censorship suggests a fear among both officialdom and our elected representatives that our society cannot defend itself against bad ideas, and that it does not trust British Muslims to reject the lure of jihadism.

Censorship, wherever it takes the form of book-burnings or electronic deletions, indicates a desperate lack of self-confidence; our rulers, while happy to take our votes, seem to see us as too stupid to reject the dubious siren song of knife-wielding fanatics in Syria and Iraq.

There are better ways to defeat terrorism than by declaring war on free speech and attempting to limit the parameters of human thought and inquiry. If we think liberal democratic ideals are better, then we have nothing to fear from a freewheeling ideological contest with liberalism’s enemies. Moreover, as in every democracy, the best and ultimate defenders of democratic society are not its officials but its citizenry.

Instead of trying to ‘protect’ the people through increasingly heavy-handed censorship, the government should treat British citizens like adults and allow them the information that they need to understand and challenge extremism themselves.

James Brandon is an Associate Fellow at the International Centre for the Study of Radicalisation and Political Violence (ICSR). He was formerly the Director of Research at Quilliam, the counter-extremism think tank. You can follow him on Twitter –@thejamesbrandon